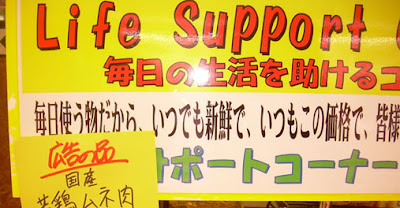 I realize that the idea of welfare is controversial and many people all over the world resent paying taxes to support people who do not work, but can we all agree that the point at which people actually need that money is when they are at risk of dying of starvation if they don't get it? In Japan, the welfare system is set up such that those who work in the social services offices are obligated to cut services to a certain number of individuals each year regardless of their actual need. The promotion potential of the social workers in the offices allocating such resources are tied to severing benefits. They personally benefit from actions which remove support from people who are in dire need. The result has been that some people have starved to death in one of the world's wealthiest countries. (Note that the linked article is not the only one I have read about this issue.)

I won't miss this cold-hearted welfare policy which bases the promotion of one person on pulling the plug on the life support of others.
Posted by Orchid64 at 12:15 AM