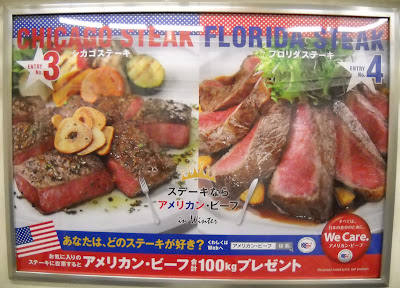 Do you know what never happened to me in the U.S. when I made a critical statement about a political, social or economic situation? No one ever said that it was okay that America was like that because it was worse in Japan. Do you know what happens 90% of the time that I make a critical statement about political, social or economic issues in Japan? Someone (who has never lived in the U.S.) says it is worse in America and therefore it's not actually a problem in Japan. People in Japan can't discuss Japan without drawing in America (or another country, but usually the U.S.) as a point of reference to dismiss a salient point about a bad situation in this country. It's as if Japan's condition cannot be discussed as it applies to Japan and living in it alone rather than as part of a competition for "better" or "best" country. Discussing an issue isn't about some sort of grade school "mine is better than yours" competition. It's about exploring the issue intellectually and turning it into such does nothing to further anyone's knowledge or understanding.

I won't miss this tendency of people to undermine or dismiss the impact or severity of important issues or problems in Japan by comparing them (often inaccurately) to the U.S.
Posted by Orchid64 at 12:15 AM