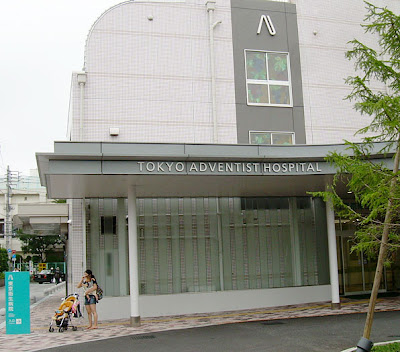 In Japan, doctors are held in a somewhat exalted position. Japanese people tend to listen passively to them, not ask questions, and definitely do not challenge their assertions. Because of this, many doctors in Japan have some pretty bad bedside manners and can be tyrannical. My brother-in-law, who was perhaps 30 lbs. over an ideal weight at the time, walked into a doctors office and the doctor adopted an animated and surprised stance and shouted, "obesity!" Also, the doctors here are very sloppy about what they tell patients when making a diagnosis. This is a situation which occurs when malpractice suits are rare or hard to file so doctors can act on their arrogance rather than concern themselves with trivial matters like the impact of making a big mistake. About 15 years ago, my former boss was experiencing intermittent numbness in his legs, and the doctor mumbled that it might be MS (Multiple Sclerosis) which, of course, scared the hell out of him (and ended up being untrue). I also had experiences where doctors suggested dire consequences without checking out the possibilities first or running any tests (for instance, when I had a bad back problem, I was told I might become crippled and never walk again if I didn't do what the doctor said, but he never even did so much as take an X-ray). Overall, I've found that Japanese doctors are rude, make pat and incorrect diagnoses, and do not take the time to actually listen to the patients when they talk about their symptoms.

I won't miss dealing with Japanese doctors.
Posted by Orchid64 at 12:15 AM