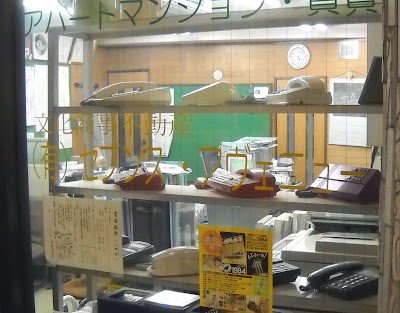 Politeness in Japan can sometimes be carried to ridiculous levels, and nowhere is this more obvious than in the slow motion hang up of phones. In my former office, when a salesman called a client, he put the receiver back in the cradle as if he were settling a sleeping baby into its bed and trying not to make the least little move that would jar it awake. I asked why salesmen took about 5 minutes to perform the simple act of putting down the phone. It's not like the person on the other end can see their gentle cessation of a call. I was told that they didn't want anyone to think they were "slamming" down the phone. By the time that receiver actually touched the cradle, the person on the other end was on his way home at the end of the day.

I'll miss the slo-mo hang-up that people used to do as an absurd tip of the hat to customer service and excessive politeness.
Posted by Orchid64 at 8:00 AM