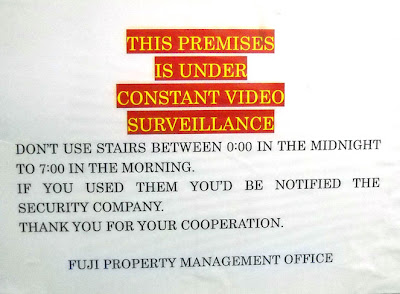 I know that all cultures have "rules", but Japan has more than I grew up with and they apply to the smallest things. For instance, you can't serve certain dishes with certain foods. It's not that they don't taste good together, but it is simply "not done". This is particularly so among the older set, but I've had younger people complain about things like women putting on make-up on trains. This is an act which troubles no one, but is still simply "not done". Cleaning for the New Year must be done before the holiday, not after when you've got nothing but time on your hands. It's not done after the new year has already started!

All people have their quirky and idiosyncratic ways of thinking and acting, but in Japan it tends to be relatively culture-wide and fall under the heading of "common sense" (joshiki) which means "it's what everybody thinks and does," not "it's what makes sense." I won't miss the rigidity and the defiance or abandonment of logic when failing to explain why such rules exist and should be followed.
Posted by Orchid64 at 8:00 AM