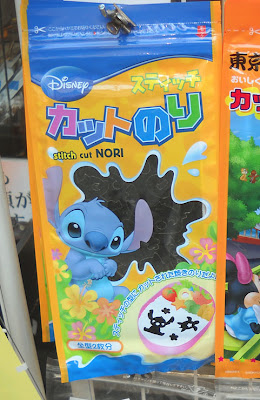 Sometimes I have to really reach for a picture, especially when I'm talking about sounds. So, we have this extremely tenuous connection here.

One correction I've made to students' English about a million times by now is the addition of an "a" at the end of the word "salad". This is because Japanese, with a few exceptions, operates with consonant vowel pairs (e.g., ka, ki, ku, ke, ko, but not just "k") and salad is pronounced as "salada" in Japan. Prying the added sounds off the end of an English word that has been adapted to suit Japanese pronunciation is close to impossible (shirt and suit, are similarly difficult as they are perma-pluralized in Japanese as "shatsu" and "suitsu").

This side of the puzzle wouldn't bother me so much except that the Japanese seem perfectly capable of truncating these sounds of their own volition when it suits them. There's a department store called "Seibu" (pronounced "say-boo") which they almost always refer to as "Seib" (sabe). I've also heard people say "Shinjuk" for "Shinjuku".  It's a small thing (but did you actually expect 1000 big things about Japan?), but it annoys me that I can't get them to chop off sounds where necessary when speaking English, but they are capable of doing so in their own language when it isn't.

I won't miss this linguistic inconsistency.
Posted by Orchid64 at 8:00 AM