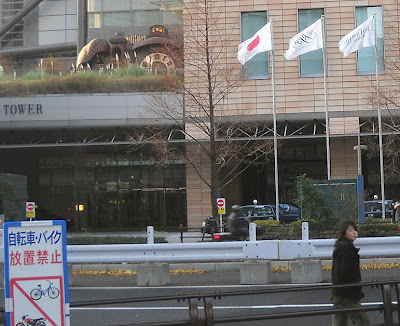 Japan has the third largest economy in the world with the 10th largest population. Tokyo leads the world's major cities in patent applications. The country is known for its superior technology. Their cars dominate the automobile market. Japan is a very small country with almost no natural resources. The fact that their food, pop culture, and products are known and desired and that they are an economic force to be reckoned with is amazing in light of their size and circumstances. Despite all of this, Japanese people, by and large, have an enormous inferiority complex. They fret about being eclipsed by China economically. They talk how they have shorter legs than Westerners and flatter noses as if these were signs of some sort of inadequacy on their part. They note every loss in an international athletic event as an indication of their inferiority. I encounter a steady stream of people who think Japan is weak and inadequate to every Western nation and China.

Japan is an amazing country that has accomplished a great deal with many disadvantages and I won't miss the lingering inferiority complex that people display despite their many achievements.
Posted by Orchid64 at 8:00 AM