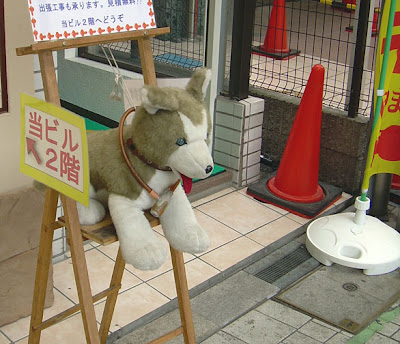 My husband and I both love cats. In fact, we agreed that once we settled down, we could get a cat... then we moved to Japan. There are two issues for us when it comes to owning a pet in Japan. The first issue is that most apartments in Tokyo don't allow pets beyond fish, turtles, or beetles, including mine. In many cases, getting a place that allows pets means paying appreciably more for rent (though this is likely the case worldwide). The other larger issue for us is that we believe that it is irresponsible to get an animal as a pet and not keep it until the end of its life. Since we have never known when we might leave, and a pet can live a long time, we've never been able to get a pet with a good conscience.

I won't miss not being able to have a pet due the uncertainty of the duration of our stay and the difficulty of finding a place to live that accepts them.
Posted by Orchid64 at 12:15 AM