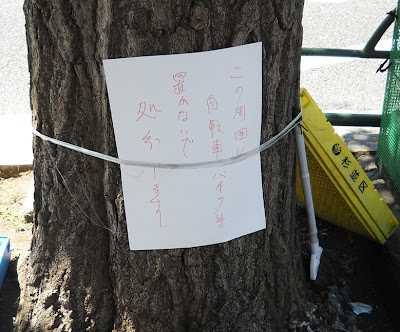 Mostly, it's the stuff on the left near the bottom that trips me up.

When I teach, I use a white board to write notes or words for students and I always print. I have quite good handwriting, but if some letters are not nearly perfectly formed (especially "r", which without a prominent hook will be seen as an oddly squashed "v" for some reason), my students frown and look confused at what has been written. For Japanese folks, handwritten English, despite being a fairly simple set of 26 letters with relatively few complex shapes, can be very hard to read. And, let's not even go there when it comes to cursive, which many people cannot read at all. I know how they feel. I can read Japanese which has been produced by a machine, but hand-written Japanese can sometimes be nearly impossible to decipher with all of the personalized spacing, loops and styles.

I won't miss trying to decipher handwritten Japanese.
Posted by Orchid64 at 8:15 AM