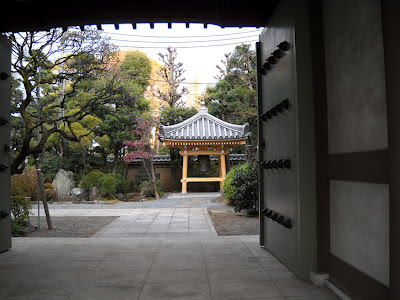 At or around midnight on New Year's Eve, temples in Japan ring a bell 108 times to rid themselves of their desires and "sins" from the previous year. It's symbolizes a sort of spiritual cleansing so people go into the next year purged of negativity. I think most Japanese people don't know what it means and few think deeply about the meaning. As a custom and a mindset, I like the idea that you leave behind your negative thoughts and feelings and can start with a clean slate the next year. Even if many Japanese folks aren't deeply internationalizing this feeling as they hear the bell ring, I do. The atmosphere that is created by the slow ringing of the bell so many times adds to the sense of ceremony and special nature of the holiday.

I will miss hearing the bells ring 108 times on New Years Eve for what it represents as well as how it brings a sense of peace and good ambience.
Posted by Orchid64 at 8:00 AM