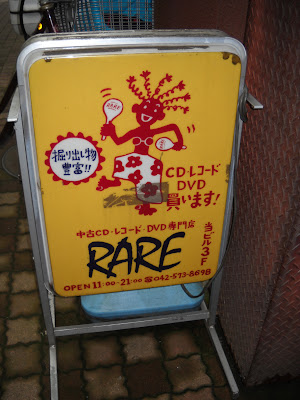 I've said before that Japanese people aren't politically sensitive and that they also often do not realize when they are being racist (which is why activists are valuable as they can act to educate them on such matters). Nothing reminds me more of the cluelessness that Japanese people have about racism than seeing "Little Black Sambo" artwork (or similar types of drawings) around Tokyo. It's not like I see it on every corner, but I do see it often enough to make me cringe. I don't think these images are willfully put up to offend, but rather that there is complete obliviousness about how some people may feel about them.

The Japanese often talk about how their culture is much more sensitive about the feelings of others, but these images show that that sensitivity doesn't extend beyond people who they see as included in their own culture, and I won't miss seeing them.
Posted by Orchid64 at 8:00 AM