Will Miss #199 - lack of political correctness 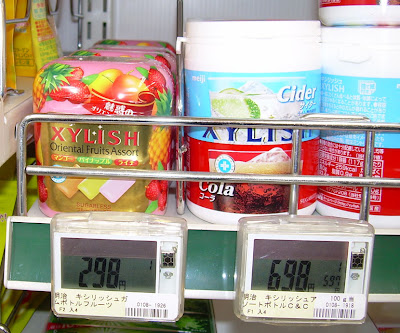 Political correctness would stop an American manufacturer from naming a product "Oriental Fruits Assort."
This is a tricky topic because I don't really mind the idea of political correctness (PC) in the service of a minority group's feelings, particularly in the many cases where there is a good reason for such sensitivity. For instance, I think Native Americans shouldn't be called "Indians" because that name was applied to them as the result of an error on the part of Europeans who thought they'd landed in India. That being said, sometimes the oversensitivity that Western people have in their attempts to be PC hamstrings all reasonable conversation. You can't talk about anything in Japan "in general" with many foreigners because they get uncomfortable with the idea of doing so as they view it as bordering on bigotry (or talking in stereotypes). The Japanese themselves, however, don't have the notion of being politically correct about themselves or anyone else (though they do have notions of civility and good manners which keep overt prejudicial talk in check). You can compare and discuss cultures "in general" until the cows come home with them and they won't squirm in PC-induced discomfort. They know that you're not talking about one person, or them in particular, and aren't so insecure that they want to abandon the topic.

The Japanese aren't so mortified of saying something that might offend someone that they won't talk in a reasoned manner about a cross-cultural topic, and I'm going to miss that.
Posted by Orchid64 at 12:15 AM