Will Miss #195 - housewives being valued 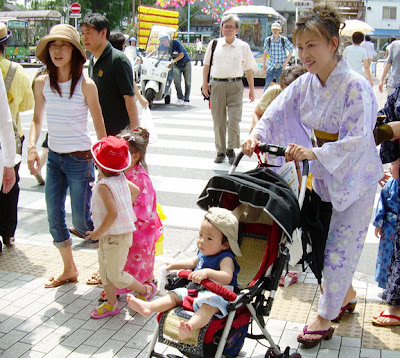 In the U.S., women who stay at home and are either housewives or stay at home mothers have to fight a battle to be appreciated. They're often seen as lazy, bon-bon-eating slackers who lounge about the house all day and mooch off of their employed husbands. I realize that is an exaggeration, but I would wager that most American women feel a need to justify their choice not to work. In Japan, the role of a woman who stays home and supports the family through her homemaking efforts is still valued by society on the whole. In fact, many men still prefer that their wives do not work, especially after they have children.

While I don't think that the choice of a woman working or not should be in the hands of men, I'm gratified that Japanese society understands that there is value in the work housewives do, and that their role is not useless simply because they aren't paid for their work, and I'll miss that.
Posted by Orchid64 at 12:15 AM