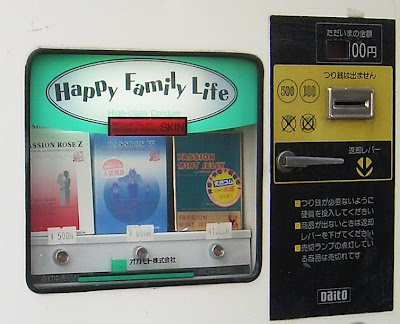 There is an effort among some foreign women married to Japanese men to dispel what they believe is the "myth" that Japanese men have smaller penises than foreign men based on their (statistically insignificant) personal experiences. I have no interest in myths, but I do know some facts. The fact of the matter is that penis size in a given population relates not to the size of the men, but the size of the women. No doubt, this is part of the cleverness of evolution. If it didn't fit, the DNA didn't get passed on. If the average size of the women is smaller, the penis size of the men is smaller. You can reach your own conclusions based on the size of Japanese women and you can debate to your heart's content as to whether size even matters. Personally, it's of no consequence to me (since I'm married to an American) except when it comes to the size of the available condoms in Japan. Japanese condoms are too tight for many foreign men because they are sized for the average Japanese penis. Sure, they can stretch enough to do the job, but they're not comfortable and don't feel right.

I won't miss having to deal with the hassle of buying imported condoms because the Japanese ones are too small.
Posted by Orchid64 at 12:15 AM