Random Thoughts: A Moment of Ethnocentrism, An Hour of Analysis 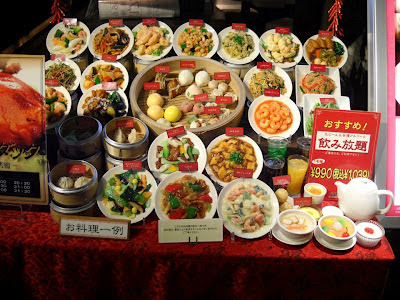 When you deal with various cultures, the word "ethnocentrism" gets tossed around more as an accusation than an observation of a quite reasonable reaction as a result of the interactions of individuals from different backgrounds. It is offered as a finger stabbing at someone in judgment for their ignorance and lack of understanding. I want it to be clear that I'm not using the word in a pejorative fashion, but simply as a reflection of the reality that develops when we reach conclusions without the experience or knowledge to reach any other conclusion.

The truth is that ethnocentrism is really an off-shoot of being self-centered. Hard as we try, we are all incapable of escaping our self-centeredness. The best we can hope for is that we have an awareness of that fact and realize that we don't hold the patent on "truth". You simply can never escape subjectivity or operating from your own worldview. I'm included in that, too. I always try to make that clear. So, I am not trying to speak negatively of anyone when I say that they are being ethnocentric. It's simply hard not to be in many cases, just as it is impossible to escape being self-centered. I have no interest in accusing anyone of anything, but merely in exploring one situation and the ways in which it is likely to be responded to and the manner in which I try to break out of the box my thinking may naturally place me in. With that long-winded disclaimer in place, I'll carry on with the main point of this post.

As part of my departure preparations, I've had to start working on paring down a well-stocked pantry. As some may know from reading this blog, I make regular trips to Costco to fill up on cheaper and sometimes hard to find imported food. That means that I have a lot of items that I bought in bulk or by the case that I'll either have to rapidly consume or throw away. Since I grew up very poor and it was emphasized that wasting food was a horrible thing, I'm inclined to find a way to consume it and have been endeavoring to find any way possible to eat oatmeal other than merely as a gloopy porridge. Oatmeal is so expensive in Japan that you're better off buying an enormous box at Costco and throwing 3/4 of it away than buying a small box or two in the supermarkets here from an economic viewpoint.

I mentioned on Facebook that it is quite a challenge inventing recipes to use up the food I've acquired at Costco (not to mention the packages of partially consumed snacks from my snack blog posting). Two people then responded that I should donate the food to a charitable organization and encouraged me to look into the Salvation Army in particular. As it turns out, there is a Salvation Army not too far from where I live. In fact, when I first came to Japan, my husband and I bought furniture from them in their Saturday morning sales. We're still using a few of the pieces we acquired from them.

As many readers may or may not know, the Salvation Army in Japan does not take random food donations nor do most charitable organizations unless in very specific circumstances. Japanese culture has not developed a habit of stocking food banks with donated food and it has nothing to do with a lack of practical thinking or cold-heartedness. It has to do with cultural differences. The fact that my American friends immediately concluded that I could donate food I couldn't use before I left Japan is a very benign incidence of ethnocentrism. They assume that societies operate in a manner quite similar to the way in which the one they live in operates. It was to their credit that none of them asserted that it should operate in the same way. They merely expressed their surprise without judgment and let the matter rest.

The truth is that I hadn't even considered giving the food away when I was thinking about what to do. It was a thought that was completely off the radar because I've lived in this culture for so long and no one does it as a matter of course. I felt like this was an excellent opportunity to try to consider why Japan has not developed such a custom.

I'm sure that there are immediate conclusions that some people might reach, though I'm also pretty sure such conclusions are likely to be incorrect. One might be that the Japanese lack sufficient numbers of poor people to require such aid. There are definitely enough people who could benefit from free food to make such a charitable service useful. Occasionally, there are stories in the paper about people who actually starve to death in Japan. Another might be that the Japanese are too proud to take food for free. The way people wolf down free samples and hover over baskets of them in bakeries, Costco, and department stores would seem to indicate they're not too proud for freebies as a rule.

However, it is quite different taking food because you are poor as compared to because you are hungry, curious, or in some cases, merely greedy. Pride may be an one reason why there are no food pantries for the poor, but I'm a little reluctant to go to that over-used well when it comes to Japan. The whole notion of "honor", "pride" and the thinking which says they'd rather fall on their swords than dishonor themselves is one of those antiquated notions based on having read too many James Clavell novels and been a viewer of too many samurai movies. It doesn't fit modern Japan very well. Besides, every culture's people are uncomfortable taking free food due to poverty. We all have pride. My family collected free cheese during the Reagan era when that was seen as some sort of answer to our economic situation and it was humiliating. It's also the case that people who use food stamps or a public assistance card which is equivalent to them are embarrassed about using them and feel (and often are) judged. It's not being Japanese that makes you too prideful to take handouts. It's being human.

I think that you have to scratch a little harder to reach the truth as to why there is so little food donation and distribution for charity in Japan. One big point is that the organizations that deal with the poor do not want to be responsible for the safety of something as easily spoiled or contaminated as food. If they accept things and people eat them and get sick, they will be blamed. A huge byzantine system of regulations would need to be created for such food donations to become a part of the Japanese welfare system and this isn't a culture which needs to add in new layers of bureaucracy.

Beyond the concerns about responsibility and added rules, there is likely the fact that Japanese people would not be comfortable eating what could be viewed as "second-hand food." While my friend in America might keep food in his refrigerator for a week and give it a cursory sniff and then eat it anyway, most Japanese people are appalled at the idea of eating the same food 2 or 3 days after preparation even if it has been kept at a safe temperature. There is a much greater emphasis on freshness in Japan and the idea that someone else bought it, stored it, handled it, and then ultimately rejected it for their own consumption for whatever reason makes them uncomfortable. It's one thing to be handed food by an experienced vendor who can be held accountable if you become sick. It's quite another to take it from random strangers who evicted it from their pantry. It's my opinion that Japanese cultural notions about food would mean that even those who really could benefit from a charitable food pantry would reject the offerings as unsafe and unpalatable. In a country in which women still shop everyday (though not necessarily do they cook, there is a lot of patronage of delis) and food is inspected to the near molecular level for quality, I don't think they would take advantage of donated food.

Finally, I think that there is the oft-stated lack of space to store food. In the U.S., most people keep a lot of stock on hand and the supermarkets encourage a culture of buying in bulk or by the case by offering significant price reductions for volume purchases. Certain religions also teach a culture of having enough food to survive over long periods of time. In fact, some people will have enough on hand to last an entire year. In Tokyo, few people have enough food to last a week excluding rice storage, but they only keep so much rice on hand because they eat so much of it, not as long-term food stock. In a country which offers little or no economies of scale, there's little reason to buy a lot of food at once and few places to put it even if you did. That means Japanese people aren't generally in need of a pantry purge and no culture of finding a useful way of disposing of excess food has developed. Without such a catalyst to kick start the notion of a food pantry for the needy, there is no concurrent evolving consciousness in which people actively purchase extra food to donate to others. The idea of donating food simply does not occur to people here because it's outside of their cultural norms in many ways.

That is not to say that the Japanese never donate food to good causes. After the Great Tohoku Earthquake last year, people did buy and send food and water to victims. However, that was very situational and related more to food shortages than to the idea of giving free food to the needy as a general concept. I'd wager that, had there been no logistical barrier to getting food into the area, money would have been the main focus of donations, not shipments of water, rice, and other necessary items.


One of the things which is great about living in Japan or any foreign culture is that such a small thing like a Facebook comment can open up the opportunity to think about cultural differences much more deeply. That is not to say that I have all of the answers or even that the ones I may come up with are necessarily correct, but rather that there is value for me personally in exploring beyond the first and obvious explanations for such cultural differences. The knee-jerk response (even from some Japanese folks) when this topic is broached is to conclude that the Japanese aren't as kind-hearted or generous as those in cultures in which food distribution to the needy is common. The chance to scratch beneath the surface and ponder other explanations is something of great value and I will definitely miss it when I leave Japan.
Posted by Orchid64 at 8:00 AM