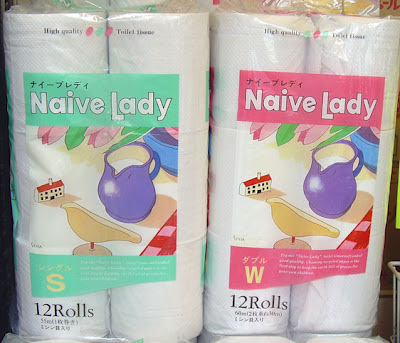 I was discussing crime with one of my students and asked her if she had ever been a victim of it. She said that someone had attempted to break into her house, but failed when they couldn't breach her window screens. They broke the glass and gave up. One of her friends, however, was robbed twice, by a couple of sisters, no less. She said that friend was now afraid to ever take a vacation. I told her that most criminals rob only empty houses, and that they identify them often by the accumulation of mail or newspapers at the house. I told her you can make your house a less appealing target by having a neighbor clear things out and by putting your lights and T.V. on a timer so that it appears the house is occupied. This information came as a huge surprise to her. Most Japanese people experience so little crime that they don't have an awareness of how it works nor how to lessen the likelihood of being a victim. When I experience this naivete, I feel that it's a little like science fiction shows in which aliens have no idea what murder is because they are immortal. You have to explain some sort of ugly truth to them so that they can understand the concept.

The naivete about crime that is relatively common in Japan is a reflection of a society that hasn't been so strongly touched by it, and I will miss how heartening and reassuring that is.
Posted by Orchid64 at 8:00 AM