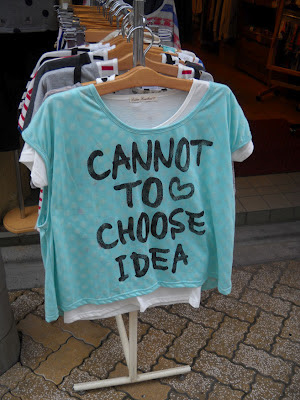 When I first started working in Japan, I had Sundays and Mondays off. Even though I worked in an office for 12 years, I still worked an odd schedule because I was a foreigner and my services needed to be applied differently. This was okay in terms of national holidays for some time as they fell wherever during the week, but one day the Japanese government decided that it had to move almost every single holiday that would fall by date on another day to Monday. That meant that I never got a 3-day weekend after the change was made. This was a trend that continued when I became a teacher again and had Monday and Tuesday off. It's quite common, incidentally, for teachers to have to work weekends (especially Saturdays) because they are such popular days for English study.

Though I know the change was meant to give more free time to average working Joes and Janes in Japan, I won't miss (almost) never having a 3-day weekend.
Posted by Orchid64 at 8:00 AM