Random Thoughts: How the other .2% lives 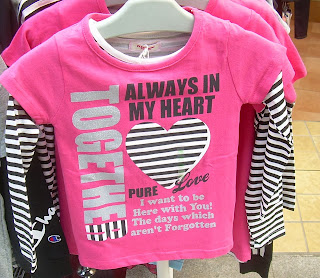 Since returning to the U.S., I've been trying to reacquint myself with aspects of the American psyche via various outlets including magazines. This is one of the easiest ways to get an idea of how marketers perceive people as well as how information is organized and grouped for audiences who do not include those who primarily use the internet. I already know how my ilk are getting information and how they are being marketed to, but I don't know much about people who watch T.V. (as I don't have one and don't plan to get one) or those who pick up the plethora of magazines as they approach the supermarket check-out.

Since I can get so many subscriptions for free, I can look at many periodicals at my leisure that I would never pay for. One of these magazines is "Us", a rag devoted to celebrity news. The truth is that I don't know who most of the people featured in the  magazine are. However, I can see that the general theme of the magazine is taking celebrities and presenting how they are "just like us". They wash their dogs, buy fast food, exercise, and have bad hair days - just like us!

The whole thing is interesting because celebrities probably are, by and large, "just like us", but we assume they are not because they are rich, have their daily needs looked after by lackeys, and have more power to achieve what they want than average people. The magazine seems to be attempting to "normalize" celebrities so that others can relate to them and see that they are people, too. It's an interesting approach as it runs contrary to the type of celebrity marketing which hooks people in based on the idea that they are special in their talent, live a glamorous  life that others cannot achieve, and think and feel markedly different than others by virtue of these traits. One approach has to do with having people identify ("just like us") and the other has to do with have them live vicariously (like we want to be rather than like we are).

I've noticed that many people subscribe to the latter in terms of how they view the Japanese. That is, they conceptualize their lives as being somehow more ideal and less problematic than those of Americans (or perhaps other Western folks, but I can only talk about people around me). I've had people say that the Japanese work harder, better, are smarter, more attractive, eat more healthily, live longer, are kinder, politer, friendlier, cleaner, more law-abiding, etc.

From a subjective viewpoint, many of these are, generally true. The Japanese are cleaner, though that is not due to an intrinsic sense that is written into their genetic code. It's about how they view their environment reflects on them. It's about identifying with and feeling they are identified by how clean things are to a greater extent than some other cultures as well as a culture which traditionally sits, sleeps, and operates much closer to the floor. If you had to sleep on the floor, you'd also want to keep it clean.

At any rate, I'm talking less about the adjectives that surround the stereotypes of Japanese, and more about the sense that their lives are generally more idyllic than those led by people in the U.S. Most people think Japanese people are waking up every day, enjoying a full breakfast of fish, rice, and miso soup, getting on a train smartly dressed in a perfect suit and tie, peacefully enduring the packed train, laboring diligently throughout the day, eating a bento or a quick bowl of ramen before getting back to work, going home, enjoying dinner with family in a peaceable fashion, and tending their zen garden on the weekend or watching fall leaves or flowers over a cup of tea or sake.

This idealized vision of a kinder, gentler, healthier, more harmounious existence mirrors the same vision of celebrities as having easier, more glamorous, and more exciting lives. The reality is that there is just as much boredom, misery, and difficulty in the lives of the Japanese as there are in the lives of Americans.

I'd like to share a few stories which are part of an enormous amount of experience that I have had with folks in Japan who shared the intimate details of their lives. These are by no means "common", but they are also not uncommon. What is uncommon is for a foreigner who is outside of the immediate family of these folks to be told about such things.

One of my students, a lovely older lady with two grown sons and grandchildren, told me that she was suffering some stress lately due to a situation with her son. She told me that his wife, her daughter-in-law, had come to her in a state of pronounced anguish because her husband had gambled away so much money that they were at risk of losing their home.

She and her husband gave them five million yen ($50,000) to safeguard the future of their children. Her son prostrated himself in front of them and begged for forgiveness. It was a grueling and painful experience for everyone which undermined my student and her husband's financial security by carving out a big chunk of their savings and created a familial relationship problem that is likely to reverberate throughout the rest of their lives.

Another one of my students told me that, while she and her husband were still dating, he disappeared for nearly a year because he claimed that he needed to figure things out for himself. She had little contact with him during this time, but she patiently waited for him to return and marry. Eventually, he did come back, but he did not talk about what had happened during his absence.

For a time, their marriage was fine, but he never had a stable salaried job with regular benefits (retirement fund, guaranteed hours/terms). She is self-employed and makes more money than him and was able to get them by, but as they got older, she worried that they'd be in trouble in retirement because she also had no plan. They discussed it and he said he'd seek a "regular" job. He found a better job, but eventually quit it without telling her he did so. He hid his actions for a time and when they were finally revealed, he would not explain his choices to her. Eventually, they divorced.

An acquaintance of mine cosigned a loan for her brother so that he could buy a house. He had a good job that paid well and invested in improvements that should have enhanced the value of the home. After some time, it became clear that he had ceased to make mortgage payments and his add-ons created a debt which greatly exceeded the value of the home.

The debt fell on his sister since she co-signed the loan and, when all was said and done, her brother ended up in jail (for a non-related situation) and she ended up more than 10 million yen ($100,000) in the hole after the house was sold. Now, she will need to declare bankruptcy and may have to divorce her husband to protect their assets because, if she doesn't, their life savings and home will go down with her.

One of my students had an uncle who she said simply vanished. Without explanation, he disappeared and no one had any idea what became of him. His family, including his wife, were so ignorant of what was going on in his life that they had no clues as to what happened to him. Efforts to track him down yielded nothing.

Another acquaintance of mine, a lovely woman who had a great career which paid better than many mid-level managers at companies, is multilingual, attractive, and kind, was engaged to be married. Her future husband did what many Japanese people do when planning to marry and conducted a background investigation of her family. After doing it, he decided not to marry her because her father had organized crime roots (though no longer was involved with them). After this, it became clear that she was, despite her many advantages for a future mate, unmarriagable. She is the modern equivalent of "burakumin" - the untouchables who handled raw meat in Japan's past.

And, of course, there was my coworker Vanessa, whose life reflected a husband with career failure and domestic violence.

These stories are by no means all I've heard and I'm sure that I haven't heard anywhere near all of the difficulties and deep personal suffering of people who I've met. The fact that I was told the things that I have is pretty amazing in and of itself. The stories themselves aren't particularly "amazing" to me. I'm sure that such skeletons are residing in many closets in Japan, just as they are in those in America because, the Japanese, they're "just like us."

(The title refers to the fact that .2% is the portion of the planet that is Japanese.)
Posted by Orchid64 at 8:00 AM