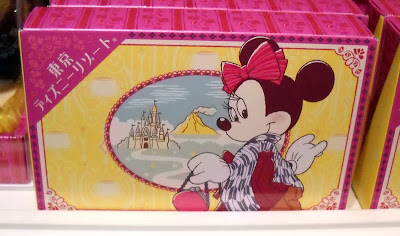 As I mentioned in the previous post, a former coworker of mine from Nova just so happened to move in when the new boss took over. This fellow, Steve, wasn't just "any" coworker, he was notorious for a variety of reasons. Beyond being one of the not tiny number of Canadians who was offended to the point of being angry if he was mistaken for a citizen of the United States, he also had temper tantrums on the job.

Steve and I worked morning shifts at Nova on Mondays and Fridays. We were the only two people who started at 10:00 a.m. on those days so there wasn't any slack if one of us was late. It's not like another teacher could cover so the students would have to cool their heels until the teacher made an appearance. I was always either early or on time and Steve started to habitually show up late on these days. He made it clear that he hated being on the early shift and wanted taken off of it. The obvious conclusion was that he was intentionally late to vex the staff until they capitulated to his request.

After the 4th or so time, the staff told him that he would be docked the hour's pay for being late. When told this, Steve had an absolute meltdown in the office. He started shouting and dropping F-bombs loudly enough for everyone to hear. Fortunately, most of our students didn't know what he was saying, but his anger and volume certainly conveyed the message quite well. The strange thing was that knowing he'd be penalized didn't stop him from being late again. He just had another fit the next time.

Beyond his temper tantrums and America-hating, Steve was also known for being extremely pathetic when it came to women. He wanted to date Japanese women, but couldn't really make headway with any of them. Since he wasn't a bad-looking guy (though he wasn't a great-looking one either), it had to all come down to personality. If you're a foreign guy and even Japanese women dislike you, something must be amiss as cultural differences tend to obfuscate most personality problems and allow foreign men to find a girl abroad when they can't get one at home.

Steve dealt with this issue in two ways. The first one was that he tended to enlist the high school girls to go on outings with him. I must make it perfectly clear that he wasn't trying to romance them in a creepy way, but rather just find some girls who were willing to spend time with him. Part of the reason for this was certainly that he wanted to hone his Japanese skills and the only way to get in practice was to find Japanese folks to socialize with.

The result of polishing his language skills in this way was that he talked like a Japanese schoolgirl. I was new to Japan and couldn't understand anything, but I was told that he used female language and childish phrasing. The Nova office ladies tittered at how he spoke and the other teachers who understood him because they had similar language capabilities snickered behind his back.

The other half of his acting out on his need for companionship was that he formed a crush on one of my coworkers. This (British) woman joined Nova at the same time as me and had come to Japan with her (also British) boyfriend. She and I bonded over our newness at the job and tended to spend our lunch time together and socialized outside of work. Steve mooned after her pathetically and she tried to politely rebuff his advances. His response to this was to hate me because I seemed to be monopolizing her lunch hours and cutting off his access. It didn't occur to him that she was more interested in talking to me than a 22-year-old with a temper problem and a social life that included a lot of trips to Tokyo Disneyland with high school girls.

As one might imagine, finding out that Steve was going to be working in a similar capacity as my boss and me was not exactly happy news. The truth was that I didn't exactly recognize him at first and he's the one who recognized me. He had changed a lot in the decade since I'd last seen him. He had quite a few more pounds on his frame and quite a bit less hair on his head. Fortunately, he seemed to have grown up quite a bit and pretty much did his job and kept to himself. This was an enormous relief because my past experiences had primed me for the worst when I learned that Steve was one of the new president's transfers.

Part of the reason he had to bring in his own people was that we were losing the head of our materials coordination. Mrs. O. had been threatening for years to retire and we had been doing everything short of sacrificing goats to get some deity or another to have her make good on that threat. She wasn't a bad person, but her notions were so idiosyncratic and outdated that our hands were constantly tied when it came to advancing the program. She held us back in the 1960's when she learned English and her husband held us back in the 1970's in terms of publishing technology. We got him to allow us to move along, but she was immovable. Fortunately, she left when the company was sold and we got a new guy, Hagihara. As old-fashioned and hidebound as she was, he was not. (to be continued)
Posted by Orchid64 at 8:00 AM