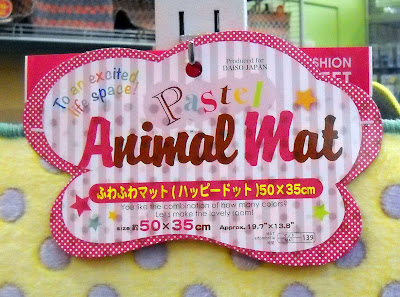 There are some people out there who have a reflexive response to explain away the bad behaviors of other people. If someone behaves rudely, they'll say, "oh, he's just had a bad day". There are others who never exercise empathy or understanding in the face of bad behavior. When they are treated badly, they say that such people are choosing to be rude and could be different if they tried.

The truth behind why people behave poorly is likely a moving point between these two sides. That is, sometimes people are jerks because they've had a bad time and their emotional and impulse control are compromised at present, but they may behave better on another day. Their ability to tolerate stress or consider the feelings of others is low so they just act out. Sometimes, they are oblivious to the fact that they are behaving badly or actually consciously choose to do so because they feel justified in some fashion.

My husband and I had an experience recently while going to a local donut shop which illustrated this. The shop has a sign at the register which instructs patrons to form a line at the back of the shop. Two people entered the shop before us and stood just inside the door instead of forming a line toward the back. We followed the proper instructions, but we weren't going to attempt to horn in on the people who got there first. I should note that they "beat us" by a hair and actually hurried to rush to the door when they saw us approaching to insure that they were able to cram in in front of us a few seconds before we arrived.

While we hung back enough to allow them to go first, the shop clerks told them to move to the line at the back. One of the two people, an older man, told my husband and I that we "had to move back" because he was there first. He could have politely said, "excuse me, but would you mind stepping back," but instead, he issued an order. This is the sort of person who I'm inclined to feel, based on the petty rush to get there before us and the language he chose to use, is probably just an asshole because he feels entitled. Some people are just like that.

One of the temporary teachers at more former job was also such a person. Unlike the temp. that I wrote about last week who had a very hard time in life, this guy was simply a swaggering, arrogant jerk. His name was Brant and he was Australian, and one of the younger people that we had employed at around 24 years of age.

During this particular busy season, the company's business was on an all-time low. There were only three temps, Brant and a weaselly little blond American guy whose name I've long forgotten were on the morning shift. My husband, the manager, D., and I were on the afternoon to evening shift. That meant that Brant and the weasel tended to socialize together since they shared phone cubicle time and breaks whereas my husband, D., and I were on a different schedule.

During this particular time period, I was having horrible back pain. I would get up in the morning and struggle through my agony to get to work. My company's office was located about a 15-minute walk from Shinjuku station and I couldn't make the journey all at once because of the pain I suffered after traversing a short distance. I'd struggle about a third of the way and have to sit and rest then force myself along for another third and finally make it there. Sitting, unfortunately, became nearly as unendurable as standing and I was spending the first five or six hours of my eight hours at the office with searing pain running along my lower back and legs. After awhile, it would abate, but easily two-thirds of my day was spent in terrible pain.

After enduring this for about a month, I finally went to a doctor and he said I almost certainly had a disc problem and had to stay in bed for at least two months and allow it to heal or risk permanent damage. That meant that I could not come in to the office, but I arranged to work from home. I corrected reports from my bed and received phone calls from there as well. During about one and a half months of the time Brant was there, I wasn't in the office and he took it as a cue that he was king of the cubicle we had briefly shared.

When I returned, he was incredibly rude and demanding toward me. Though my husband and I had been there for years before he ever graced our office, he acted as if he were the senior employee. He had moved around the documents and maps that were pinned to my cubicle for reference and put up his own personal pictures. When I took some of the magnets he'd appropriated for the items he was amusing himself with to put back the work-related reference documents he'd removed, he complained bitterly to D. that my husband was "stealing" them to mess with him.

He was too stupid to figure out that I was restoring my cubicle to its business-related state. He could only see what was happening as some sort of pissing contest in which his authority was being challenged. The fact that he, as a temporary teacher who was on a three-month contract and had no experience at the job felt he possessed any sort of authority was also a reflection of his particular personality type. In fact, he consistently acted to intimidate me by angrily and aggressively speaking to me about what he saw as unwarranted changes to "his" cubicle.

At one point, I remember this guy, who was easily 8 inches taller than me, standing in my way and blocking my access to the bathroom and yelling at me aggressively over one of the perceived challenges to his dominant position in the booth. I remember this experience well because it was the first time in my adult life that I had a "fight, flight, or freeze" reaction physically. I remember feeling so shocked at the aggressiveness of his behavior and actually feeling frozen to the spot. I wasn't afraid of that asshole, but my body had other ideas.

Brant's behavior was thoroughly inappropriate, but D. hated conflict with a passion and did not want to confront him. The swaggering idiot knew this and he provoked D. as well as a way of further trying to prove his alpha male status. Brant sat there at the correction table one day and told D. aggressively that he felt that his and the weasel's opinions were not taken as seriously as those of us on the later shift and that it was not fair. The notion that either he or his scrawny buddy knew enough about the job after a couple of months there to have an informed opinion was laughable, but D. wanted to be equitable about things.

D. asked him what sort of things he had ideas about that he felt were being ignored. After a pause - most likely in shock that he was being called on his nonsense- he finally managed to fabricate something which was appropriate to the job that he might remark upon. The huge bull moron said, "you know the fourth telephone call about the weather, I don't like that call." I'm sure that one can see just how informed that opinion was and how useful it was to us in terms of improving the programs we offered our students. D., who continued to be respectful and egalitarian, asked why he didn't like it. After another longish pause to allow his sluggish synapses to fire, he said, "it's boring." D. resisted the obvious response, which was that the calls didn't exist to amuse the instructors, but he did essentially shut Brant down at that point.

The truth was the Brant wasn't interested in anything other than being the top dog. He had no opinions about the actual job. He just wanted to consistently be given his way and to not do anything he didn't want to do. He took to sitting in the cubicle and reading the paper rather than doing his job and he made sure that everyone could see that he was doing what he wanted to do by flapping the pages loudly and unfolding it such that it was nearly a waving flag for all to see. Most people who read in their cubicles tried to body block anything not related to work. Brant filled the space around him with that paper and made as much noise as possible.

Oddly, the president, who usually had a tantrum when teachers did personal things during office hours, took no interest in Brant's flagrant disregard for the rules. When we weren't busy, we were supposed to at least pretend otherwise if we couldn't find actual work to do. Brant would read the paper when there were reports to mark and he did so from a cubicle right in front of the president's office. He simply had decided to do whatever the hell he wanted and the president didn't seem to mind in his case. It was my opinion that this was another one of the president's idiosyncratic preferences for an employee based on appearance. Brant was tall, young, and probably what many people would consider attractive - if you like your men to look like a Ken doll. He was not my type, but maybe he was the president's, so he let him carry on with his paper reading without protest.

D. blamed me to some extent for Brant's behavior because he felt my absence allowed him to believe he was entitled to be the big cheese. I think he felt that, had I remained, Brant may have respected me as the senior employee in our shared space, but I think that his need to show he had the largest penis in the office was going to be an issue whether I had been there in agonizing pain destroying my back or not. In the end, he was the biggest dick there, but not in the way he believed he was. (to be continued)
Posted by Orchid64 at 8:00 AM

Email ThisBlogThis!Share to TwitterShare to FacebookShare to Pinterest
Labels: coworkers, tales from a Japanese office