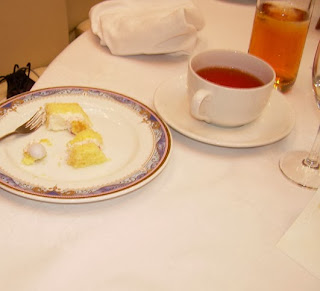 We don't think too carefully about it, but many things in life are about power. Why do people prefer to be attractive to being unattractive? It's not because of vanity in most cases, but rather because beauty gives them power over others. Why do we want money? It's not because a pocket full of cash is intrinsically satisfying. It's about the power to get what you want.

The whole point of tipping is to give the customer power. If your server was not good to you, you are empowered to "punish" him or her by not leaving a tip. In a country like Japan, in which the customer is supposedly king, you'd think that they'd give customers that power. They don't. However, that's because there is an assumption the moment you walk in the door that you have the power already. You don't need to prove it with leaving spare change on the table for the server.

Given how many business leave a tip jar on the counter in America - even in cases in which service is defined as handing you a donut in a paper bag after snatching a sad-looking one from the display case - I miss the fact that there was no tipping in Japan even more. Tipping has become less about empowering the customer and more about shaking her down as time has gone by and I could really do without it.
Posted by Orchid64 at 8:00 AM