Random Thoughts: On self-praise and the lack thereof 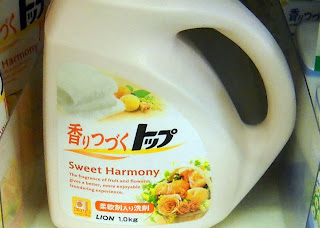 This is another brief step off the path of my tales from my former employment. They'll be back next week. Thanks for your patience and for reading!

One of my friends here in the U.S. believes she is great at counseling people. In fact, she is lacking in empathy and listening skills. She's competitive in all areas, but especially in terms of how she believes she has suffered more than anyone else. When talking to her about ones issues, she is sure she is always worse off and tends to cut off talk of other people's problems in order to insert her own woes and how much greater they are. She is lousy at counseling because the biggest part of that type of work is being good at listening and she would prefer to talk about herself.

Another person I know is sure he is a good writer, but his work is derivative and poorly paced. His writing style is fine, but his characterizations are unappealing. Instead of making me want characters to succeed, I want them to fail. While not a bad writer, he is not a particularly great one either.

And if you are reading this or there is a chance that you might be reading this because you know me, you can bet that I'm not talking about you. I'm not one of those people who tries to get messages across in a passive-aggressive manner or through some sort of back door hinting. I don't talk about people behind their backs in the hopes that they'll get a message that I'm unable to say to their faces. I'll say it to you or I won't, so if the previous paragraphs incited some insecure sense that you're being talked about or believe I'm talking about a particular person that we both know, rest assured that you are not. This is not my style. I only say such things when I'm 99.99% sure that they won't be read by the people of whom I'm speaking. I have no desire to harm people or to play games.

Even though I know people who know of my work and I'm speaking of them here, I know they won't be reading it. Why? Well, it is because the same thing that leads them to believe they are great at things which they are not great at keeps them from bothering to read my blogs. They are too self-involved and narcissistic to take the time to drop in on my work and see if there's anything there of value for them to hear. They love their voices more than anyone else's. I don't say any of these things because I need to insult people or even by way of a complaint, but rather because I reached a realization about society and humility recently which is interesting to ponder.

When I encounter people in America who are certain of their high level of skill in a particular area, I'm stressed listening to their assertions of high competence because I'm not certain of how to respond beyond a non-committal "oh" or "uh-huh" or a head nod. I can't be authentic and affirm what they are saying, but I absolutely do not want to be rude and disagree when they say or do something which cues that they want some sort of pat on the back from me or affirmation. After having enough of these experiences, I realized that dealing with people who have a high estimation of themselves which is unwarranted places a burden on the people listening to them.

When I was in Japan, I encountered the opposite situation in which people with high levels of ability and competence would profess that they were not good at things. Sometimes, I felt they were just showing appropriate modesty or humility. Most of the time, I believed that they truly did not think they were any great shakes. Often, they believed their English was poor when they were actually quite good. I knew they were not in a position to judge themselves because they didn't have the perspective that someone in my shoes - someone who'd had a wide range of experience with speaking abilities - possessed.

In the case I experienced in Japan, I would find myself reassuring people that they were good at things which they felt they were bad at rather than having to listen to people assert that they were great at things they were not especially good at. It did not stress me at all to provide that reassurance in Japan. It does stress me to withhold confirmation here because there is almost always some expectation on the part of the speaker that I will agree with their assertions. I feel bad for withholding that approval, but I cannot find it within myself to lie and offer it.

What I realized when pondering this is that narcissism, egotistic behavior, and the professing of ones superiority at a task exacts a social price whereas modesty and humility do not - or at least they do not cost as much. I realized how relatively often in the U.S. that I'm stressed deciding how to politely manage unwarranted self-praise. Perhaps one of the reasons that most people dislike immodest gas bags is that they get tired of an internal war between maintaining a sense of integrity and exercising civilized politeness. Such people make us uncomfortable by putting us in a position to carry out this balancing act.

In a much broader sense, there is another cost to society on the whole. I think that people with an inaccurate perception of their capability lose motivation to actually get good at what they are doing. If you're already a "master", why keep trying hard? Maybe humility also spurs one to improve. Perhaps the sense that the Japanese people have that they are rarely great at anything is what helps compel them to constantly do better. No matter how often I reassured students of their competence, they never wholeheartedly embraced my conclusions and maintained their position that they weren't especially good.

It is very simple to handle underestimation of oneself and ones capabilities because it allows me to be honest and authentic in how I regard the other party. I can feel warm and kind, while still telling the truth. In the other case, I feel stingy and mean and pressured to dissemble. I do believe that at least some (if not all) braggarts are motivated by the same forces as the irrepressibly modest - insecurity. They are looking for confirmation of what they believe, but the way they go about it creates a hardship - at least for someone like me who does not want to be inauthentic in my actions or words.

I don't know if Japanese culture values humility because it places less of a burden on others or because it is a Confucian principle or simply a happy coincidence, but I do see the value in it pretty clearly in terms of how it smooths relationships. I feel better dealing with modest people than immodest ones and it has nothing to do with any sort of notion that people shouldn't be proud of their achievements or should adhere to some arbitrary principle. The truth is that I'd rather be with people who appropriately estimate themselves as neither better nor worse than they are, but I also know that it is often hard to see yourself as you truly are in the eyes of others. The bottom line is that the Japanese tended to err on the side of too little and the Americans too much. The latter makes my life a lot harder than the former.
Posted by Orchid64 at 8:00 AM