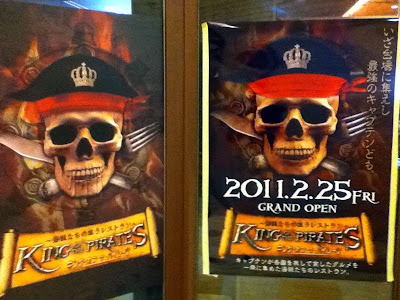 This is part of an ongoing series that I've been doing about my memories of working at the same place for 12 years. This is a continuing series talking about the time I spent working in a Japanese office. The other parts are here: 1, 2, 3, 4, 5, 6, 7, 8.

Reading through the stories of two of my former colleagues during my early years at my office job in Japan, it may seem that everyone I encountered was a problem. Fortunately, my other two coworkers were more amiable folk. Today, there will be no grim stories of bitchy jealousy or betrayal. I hope that doesn't disappoint anybody. Don't worry though, I still have a parade of temporary workers to talk about and some of them were just as bad, if not worse, than Jolene and John.

The third of the trio of "permanent" workers that I worked with was Doug. Doug was and is Canadian. That means he's a nice guy. Well, it doesn't have to mean he was a nice guy. I worked with an incredible jerk named Steve who was from Canada when I was at Nova conversation school. Steve was one of those Canadians with a chip on his shoulder about Americans. He walked around with a Canadian flag pin on his backpack as well as on his tie or shirt to make sure that no one mistook him for an American. He became hostile and angry if anyone implied his nationality was that of his neighbor to the South.

Doug, or Dougie, as both the manager D. and I came to call him, was a far cry from the "angry Canadian". He was amiable, funny, and creative and laughed off any attempts to label him as American. Of course, since he was of Chinese descent, he didn't have too much difficulty with this.

Doug spent his down time on the job drawing diagrams and pictures of his future dream dojo. When he returned to Canada, he wanted to open up his own aikido establishment and he spent time puzzling out how he'd like it to be. He'd ask me questions that I could not answer about what would be a better choice in terms of placing something or other here or there. If he were building a sumo training space, I might have been able to help him out with some informed advice, but, no, Doug wanted to remain a healthy weight and play with big sticks. Who wouldn't?

Doug and I also had some Star Trek geekery in common and I shared our library of VHS tapes (yes, folks, it was that long ago) with him. He told me that he loved the original series, but there were certain things he just didn't like. When I asked what he wanted to see, he said, "no mirror universe and no Mudd". I'm not sure what he had against "evil Spock" and Harry Mudd, but I edited appropriately. Later, we would critique and converse about Deep Space Nine as the episodes aired and I got them on video.

Doug was also the first person who I started to teach about using personal computers. At that time, I was a Macintosh zealot and tried to sell anyone who would listen on using a Mac. This was before everyone and his granny had a PC and they were very expensive. We had been using a Mac Classic for several years, and had upgraded to an LC III (I believe). Doug bought my Mac Classic and I helped him figure out how to use it. I recall that his main use was game playing. To his credit, he did buy some Japanese adventure game with the intention of learning a second language while trying to kick some digital ass. When we had he and his wife over for dinner, she complained about that fact and said that he was like "a little boy."

In terms of his work ethic, Doug put in the time and had a professional, but not uptight attitude. He got his work done and put in the hours. He was also far better at advocating for himself than I was. At the end of his first contract, he wrung a hefty raise out of our tight-fisted president. Of course, it helped that the sexist attitude in Japan that saw a married man as the bread-winner and a working married woman as a "helper" on the income front helped him and harmed me.

Doug was rare among my coworkers at every job I had in Japan in that he was married to a Japanese person, had specific plans to go home and do something else, and that he actually followed up on them. Many foreigners find Japan to be a gilded cage in which they willingly close the door on and trap themselves. They find that being treated like pampered pets by the Japanese along with making a decent income is hard to walk away from, especially when they face uncertainty back home. Most foreigners feel like mini celebrities in Japan. Of course, it may have been different for Doug. He didn't walk around Tokyo getting stared at because of his appearance. Chances are that no one realized he wasn't Japanese until he opened his mouth. Perhaps it's a little easier to leave when staying doesn't give you the sense of being a puffed up big fish in a little pond. Or, maybe, Dougie just had what it took to walk away when a lot of others did not.

I can't remember many direct quotes of my conversations with Doug - just that he laughed genuinely and was jovial when we talked. He did complain from time to time, as we all did, when he had an annoying student or a bad day. I recall more the drawing that was a part of interacting with him. It wasn't just the dojo plans.

Each teacher had a profile sheet that was sent to his or her collection of students. The sheet included birthplace, age, education, hobbies, and a photo booth head shot of the smiling teacher. When Doug announced that he was leaving, there was a plethora of profile sheets around that were never going to be used. They were being distributed as scrap paper so I turned one around and used liquid paper and a black pen to "edit" Doug's photo. I gave him an eye patch, cheek scar and a pirate hat and then showed my handiwork to him.

The concept lit a fire under him and he took his photo and made an entire sheet full of Dougie faces. He then proceeded to edit his own face in a wide variety of ways. For years, I had a copy of that sheet because what he'd done was both humorous and self-effacing. I could look at it and still smile or laugh at what he'd done, but I, unfortunately lost it. I do recall that he drew himself with dreadlocks and as a Klingon, among other "looks". I don't know many people who would copy their own face and do what he did, but I felt it said some positive things about his self-perception.

Though I'm thin on specifics, I do recall his last day very well. The company I worked at liked the teachers to complete all six of their telephone lessons with the same instructor and Doug had no small number of deadbeat students who had failed to make their calls. In order to cram as many in as possible, they did something they generally do not do. Instead of the usual three and a half hours of telephone calls, they crammed his day full of nearly six hours on the line.

As I mentioned before, the calls were scheduled in 15-minute blocks, alternating between a set of two calls and three calls of five minutes duration such that there was 25 minutes of call time every half hour. It was hard, but not impossible to dash away for a bathroom break, but it had to be a quick one. With Doug's schedule so full, he wasn't really in a position to get away much. I recall him standing there (he not infrequently stood instead of sitting during the calls), swaying a bit from side to side and, as he waited for his very last call ever on the job, he said, "I have to take a massive poop."

It may seem peculiar, but that stuck with me because the moment summed Doug's personality up. He was earthy and real, amusing and genuine, but he was also gentle. He didn't use an ugly word to talk about a bodily excretion, but the same one that children do. He didn't keep it to himself like some prim and proper adult. He shared it.

I'm happy to say that, at least in Doug's case, he was a nice guy who seemed to finish first. He went home to Canada, got a job at Taco Bell while going through graduate school, his wife had a baby son, he got a Master's degree in English, and then he went on to teach as well as work as an aikido instructor. I don't know if he ever got his own dojo, but, last I heard, he seemed to be about as close to his dreams as one could reasonably get. (to be continued)