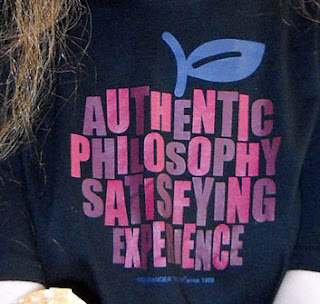 There are some aspects to life in Japan which are hard to capture with words, and this is going to be one of them. They are nuanced, but there are a lot of them and the aggregate effect creates a profound difference in behavior and quality of life.

Children growing up in America are often told that they can do anything, be anybody, and make anything of their lives if they try hard enough. The whole "you can grow up to be president" line is part of our cultural mantra. The truth is that, by and large, you can't grow up to be anything, anybody, or make anything of your life by sheer force of will, hard work, and making the "correct" choices (this is the "just world" fantasy). For most people, no matter how hard they try, an ordinary life with varying degrees of comfort, success, and status is the best that they can hope for.

The unfortunate byproduct of the message of self-determination and exquisite potential is that people often grow up feeling special when they are not. They feel entitled to greatness for nothing more than being essentially average. When they don't acquire it, they feel robbed, cheated, or unrecognized. This entire situation carries with it an attitude which reflects out at everyone that people interact with on a daily basis and it is not pretty.

You can see it in people screaming obscenities in traffic at people who don't do what they feel they should do as quickly as they believe it should be done. You see it in people who treat service people like dirt and service people who treat customers like burdens. You see it in men who call women "bitches" for not believing they're hot enough to date and women who call men "assholes" for the same reason. The message is "I deserve better" because they believe on some level that they are "better". Inside, we're all little rock stars having tantrums because someone told us while we were growing up that we were "special" and could do anything.

In Japan, people aren't generally raised with the idea that they are special and can do anything. They tend to believe they're average in most respects. Sure, there are some people who feel they are entitled or are better than others, but they are the exception, not the rule. This not only creates the humble mentality that most Japanese people display, but also a more egalitarian and empathetic outlook in daily life. They don't feel entitled. They don't feel special. They just feel average, and their culture says, "that's really okay". It's not a failure to be average!

I love the fact that Japanese culture tends to send the message to people that it's okay to be normal, average, and generally to just have an unremarkable life. And, you know what? It doesn't in any way stop average people from being remarkable in their own unique ways. In fact, it seems to grant them a freedom to  be so because they can do it in small, achievable ways rather than worrying about being "great".

I miss this mentality which keeps people grounded more in the reality of what it is to be human.
Posted by Orchid64 at 8:00 AM