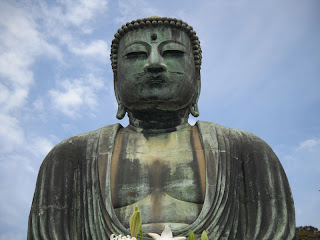 I had a conversation with one of my friends recently in which she said that she had a problem with objectifying people. For those of you who see that as a somewhat ambiguous or too psychological term, I'll say that it has to do with dealing with people as if they were things for you to operate upon rather than people.

The truth is that I am also guilty of this, though I'm very aware of it every time that I do it. I first noticed it many years ago in Japan when I was going through my "I hate Japan" phase (part of the adaptation stages). My way of coping with the prejudice and racism was to simply frame the people around me who laughed, pointed, stared, and moved away when I came near as little more than animals. They objectified me, so I started to objectify them.

When this contempt passed as I moved along in the stages of adaptation, it was replaced by "the observer" persona that I held for years while I lived there. This had the benefit of allowing me not to be reactive, as I said in my last post, but it also meant I was not truly engaged with people. It was insulating and protective, but it was also isolating and carried the risk of making me feeling above the people who I was observing.

I don't miss this role and how I assumed it largely as an emotional survival tactic. It helped me stop being angry, but it also left me a little empty.
Posted by Orchid64 at 8:00 AM