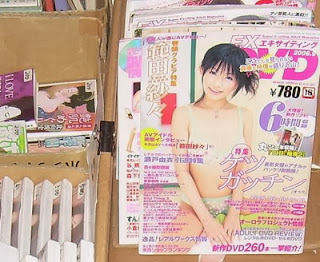 In Tokyo, I didn't have to go anywhere special to see men looking at naked women. They did it on the train while commuting. Such magazines were sold on the street, in book stores, and in newstands. While I really don't care what men look at to titillate themselves, I think that such behavior (like using the bathroom or having sex) should be private and I should not have been a non-volitional witness to their prurient interests.