Will Miss #53 - getting around by bike (reflection) 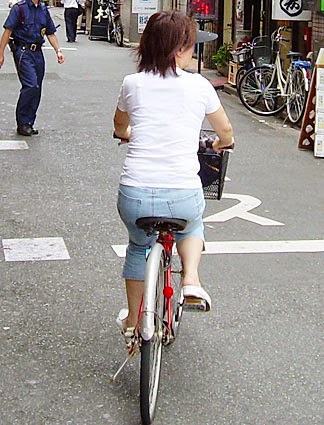 America is well-known as a country in which car use is the norm. A lot of people criticize this as wasteful, indulgent, and selfish. However, it's important to know how geography and history dictate how people get from place to place. In New York City, for example, many people don't have or use cars because there is adequate public transportation and high population density. The rest of America doesn't have cars because they want them so much as they live in circumstances which offer them little reasonable option. That is, they either have no or terrible public transport and/or things are too spread out. Americans didn't plan things this way. It has to do with how our history unfolded.

In my current situation, I'm in between the "must have a car" and "can live without a car" life. There is some public transport, though it is expensive, inconvenient, not particularly reliable, and painfully infrequent. It is, surprisingly, pretty good about trying to accommodate cyclists. Many roads have lanes for cyclists and motorists are supposed to share lanes with them. For a suburb, it's probably more cyclist friendly than other areas.

Unfortunately, all of this really isn't "enough". This is mainly due to geography. Everything is still pretty far apart and riding even in bicycle lanes is not easy. There have been many cases where cyclists have had to move with the flow of traffic in a way that makes me nervous as a passenger in a car and I couldn't imagine feeling comfortable with as a cyclist. The irony is that, in CA, it's illegal to ride on sidewalks, but there are very few pedestrians and wider areas in which to negotiate a bike. There is every reason to allow cycles on sidewalks, yet you have to be in the street.

In Japan, I felt a lot more comfortable with the prospect of cycling and I still miss having that particular atmosphere and those riding conditions despite the drawbacks of limited parking and sometimes crowded sidewalks.
Posted by Orchid64 at 8:00 AM