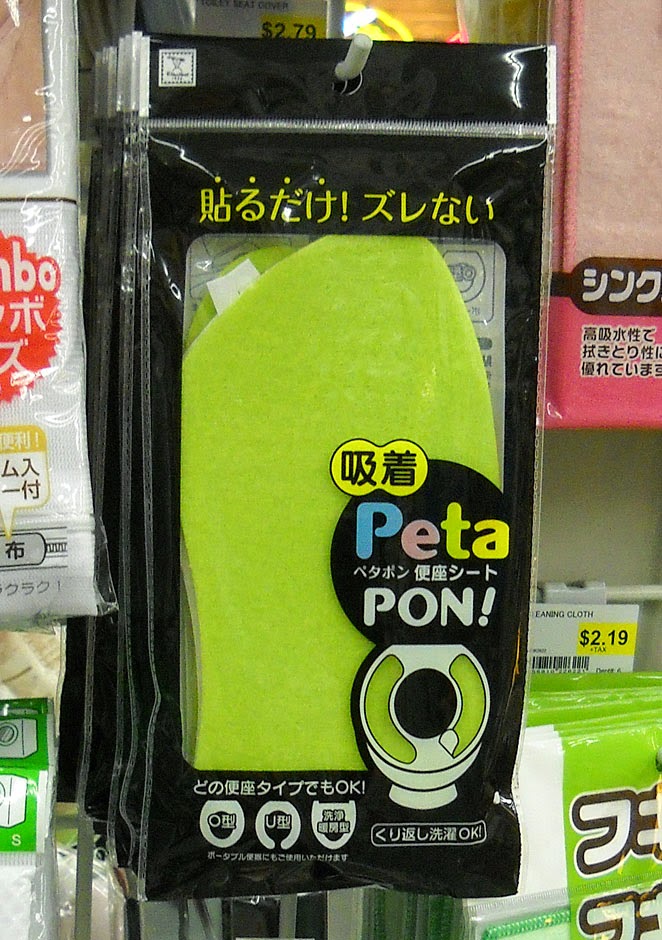 When I was growing up, my grandmother's house seemed much better appointed than my family's. Our bathroom was old an crummy with some mismatched shag carpet fragment sitting outside of the tub. My mother was a lazy and poor housekeeper so that thing rarely saw the inside of a washing machine. My grandmother, on the other hand, had a matched deep pink set of items to adorn her bathroom. There was a fuzzy carpet around the base of the toilet with a custom-cut hole to fit around the base, a bath mat, and a fuzzy toilet seat cover that covered the lid.

My mother was a very "keep up with the Jones" type of person when it came to her relatives so she eventually picked up a shaggy mismatched toilet lid cover as well. The problem with it was that it was so thick that it kept falling down when the toilet seat was put up. After struggling with that thing for awhile and allowing it to acquire a mange level similar to the bath mat, we tossed it out. In the U.S., that is what I think of when I think of "toilet seat covers".

In Japan, the covers were not for the lid, but for the seat. You could buy these things which looked liked an enormous U-shaped sock or two sticky things which stuck to the seat. The sticky ones were even more impressive because they allowed you to wash them several times and still kept their adhesive qualities. What was more, unlike my granny's and mother's toilet lid covers, these were not aesthetic, but functional. The main purpose of them was to make the shock of sitting on a cold toilet seat in winter vanish. In fact, I never understood the need for the mechanical warmers when these covers did the job more ecologically and just as well, and you could toss them in the wash when you wanted to clean them.

I miss those simple and functional ways of keeping the toilet seat warm.
Posted by Orchid64 at 8:00 AM