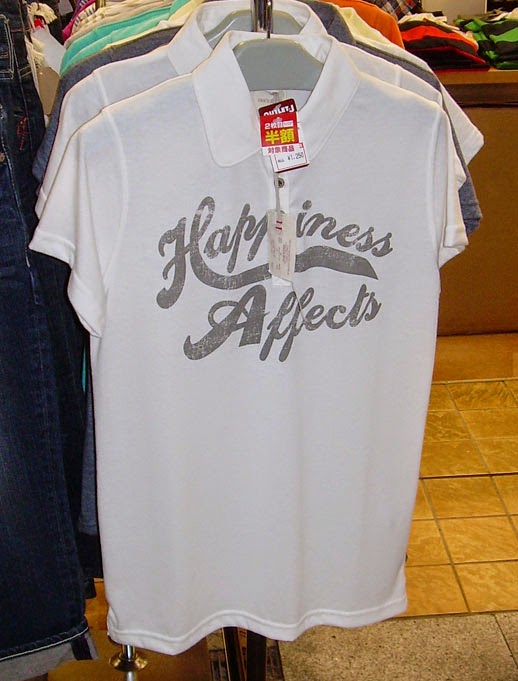 Recently, I watched a video lecture about a mental health issue in which an international audience was present. After the presentation, members of the audience were allowed to ask questions or make comments. When it was the turn for a Japanese audience member to speak, his comment about the fact that optimists suffered less degradation in their bodies than pessimists was, 'so you're saying we should just smile all of the time.' He said this without irony and it was clear that he felt this was a correct conclusion to reach. This overly simplistic conclusion coming from a Japanese person in mental health did not surprise me in the least.

While I was in Japan, I learned a bit about various mental health entities there and their methods of treatment. The national health system generally allows people to only have sessions that are 20 minutes in length which doesn't allow much time for treatment. Of course, they probably don't need much more than that because, in many cases, the first line of assistance for people who have contacted someone who is a qualified professional is to be told to take a walk, look at pretty flowers, and smile more. These things are not a bad idea, but "just cheer up and get out" is not the sort of advice that I would want to get if I was in a sufficiently bad state to make the effort of going to a psychologist or psychiatrist.

Considering the high suicide rate, you'd think Japan would have a large task force figuring out the best way to help people with their issues, but there are still no small number of people who think that it's just a matter of turning that frown upside down, taking the time to smell the roses, or pulling yourself up by your bootstraps. It's no shock to me that one of my coworkers was away from the office for an entire year with depression considering the shockingly ineffectual manner in which mental health is sometimes managed in Japan. I don't miss the stupidly simplistic (and potentially damaging) way in which "therapy" is carried out.
Posted by Orchid64 at 8:00 AM