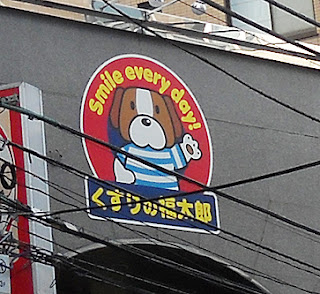 Some posts are especially tricky to write and this one has to top them all both in terms of expressing the complexity of the feelings and the risk of being misinterpreted (willfully, in many cases, as self-righteousness needs to find an outlet even if it is an inappropriate one). I should note that the atomic bombs were dropped more than 20 years before I was born and no member of my family had anything to do with World War II in Asia (though my grandfather served in Europe). There is no reason why I should feel responsible in any way for what happened, but I still feel by virtue of the country that I happened to be born in that I "should" apologize when I speak with a survivor. It's an odd compulsion, but it is there and hard to explain until you are in that situation. That being said, that is not the part that bothers me. I feel terrible for people on all sides who suffered during the war and I know that all war is both a small (personal pain and loss) and big (geopolitical, economic, and impersonal) issue. It's also immensely complex and talk of it often is oversimplified in the interests of self-gratifying finger-pointing. I feel worse for people whose family members vanished without a trace because of the atomic bombs, but I feel bad for everyone who suffers losses in war regardless of their nationality.

Feeling deep empathy and sadness as well as a misplaced sense of responsibility isn't what I'm not going to miss about talking to A-bomb survivors in Japan. The part I won't miss is when such discussions are accompanied by smiles from said survivors as they try to paper over the discomfort and suffering they experienced with a socially comforting expression. I won't miss the heartbreaking smiles that A-bomb survivors wear when they talk about this time in their lives.
Posted by Orchid64 at 8:00 AM