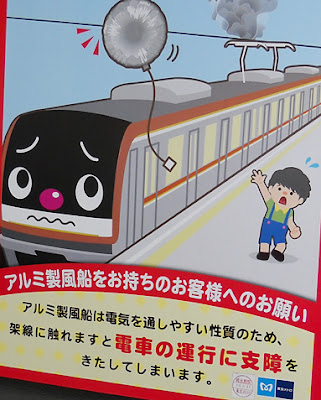 Have you ever approached a strange cat to pet it and as you approach, it is eyeing you warily with muscles tensed such that you fear it will perceive you as a threat and bolt if you make just one tiny wrong move? Often, I feel that way when it comes to talking to Japanese people (the "cats"). Twice I've said things on FaceBook which were meant to be informational, but they ended up being confrontational in the eyes of the other parties. In one case, I commented on a video that had been posted stating that it was important to keep in mind that the English translations were somewhat misleading and that the video had been edited to put forth a particular viewpoint. The poster withdrew the video and apologized most humbly saying that she never should have posted it at all. In another case, someone posited that a particular food was healthy because the sign outside the restaurant said it was based on Japanese washoku and I said that I didn't know how healthy "it" (meaning the food I actually ate in that restaurant) was since it was all sweet and some of it was deep-fried or pasta-based, and therefore decidedly "un-washoku-ish". She deleted her comment after I said that. Both of my comments were providing information, but were received as admonishment and contradiction.

Sometimes I feel like it's far too easy to scare away or upset Japanese people and that I have to watch what I say to a ludicrous extent and reactions are unpredictable. The risk of offending them or sounding like I'm "disagreeing" with Japanese people when I'm not is something that I won't miss.
Posted by Orchid64 at 8:00 AM