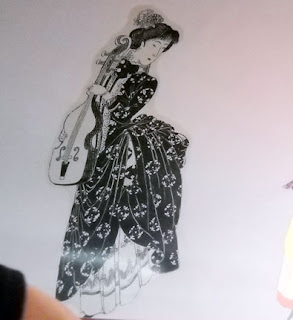 The confusion that Japanese people have with foreign names and first and last names is understandable given the differences in how family and first (given) names are offered in respective cultures. When students called me "Mrs. Shari", I knew why. However, there is another layer of complexity which I struggled with and my students never seemed to understand or act upon even when they actually did understand. In Japan, by law, a person must take the family name when marrying. The man can take his wife's family name or she can take his family name, but they have to have the same family name. In America, a woman can keep her own family name so a married woman should not be addressed as "Mrs. (her maiden name)". She should be called "Ms. (her maiden name)". I kept my family name because I made a mistake on my marriage license, but that ended up being easier anyway as I never had to modify my passport, driver's license or Social Security information. However, it did mean that I could not be called "Mrs. (my maiden name)". That is how my mother would be addressed, but not me.

My students insisted on calling me "Mrs. (my maiden name)" because they could not compute any other way of addressing me with the knowledge in hand that I was married (a fact the Japanese staff shared with them, not me). While I understood the confusion, this rigidity in thinking and inability to accept that I'd like to be addressed as "Ms." became frustrating over time and I won't miss it.
Posted by Orchid64 at 8:00 AM