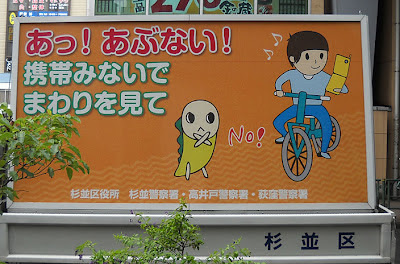 I'm not sure what the most dreaded word in the English language is. It might be "audit" or, depending on your feelings about such things, "marriage" or "pregnant". The latter of those would certainly fill me with terror, though marriage for me has always been a delight. After writing this post, but before showing it to him, I asked my husband what he believed was the word we really  hated to hear in Japan and he said,"muzukashii". Literally, that means "difficult", but, in reality, it tends to mean a variety of things. Most often, it means "no". The tone of it is different in each situation, but the bottom line is frequently a "soft" way of letting you know that you can't do something, they won't do something, or they believe something can't be done. It may have been my personal irritation at a word that got used far too often in my presence, but I hated hearing "muzukashii" in answer to a question. It will always mean, "I don't want something to happen or make it happen, but I won't come right out and say so."

I won't miss hearing people answer "muzukashii" in response to my queries.
Posted by Orchid64 at 8:00 AM