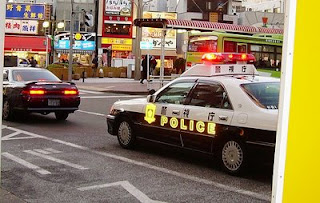 One thing that I can hardly go a day without reading or hearing someone talk about is "white privilege". The idea is, and it is certainly based on certain grim realities, that white folks walk around blithely reaping benefits from their pearly skin color without even realizing it. They get hired for jobs, accepted into schools, and are the beneficiaries of at least a couple of centuries of family status and wealth as a result of not being a part of a repressed minority.

As someone who grow up well below the poverty line, received free government cheese and powdered milk, was the child of a father who dropped out of school in 9th grade and did a blue collar job that left him disabled and a mother who only finished high school and went from one miserable and degrading minimum wage job after another when she wasn't having emotional problems, I never felt very "privileged". I paid for my own university. I have worked for everything I've gotten in life. No one has ever handed me a single thing, and there have been plenty of times when they've tried to take away what little I've had.

All of that being said, there is nothing like living in Japan and knowing what it is like to not have some aspects of white privilege to pry my eyes open a little to what it really is. The police in America don't harass me like they did in Japan. That is a piece of white privilege that I lost while living in Japan. Though certainly not the only one that vanished when I stepped off the plane in Tokyo, it was one of the most obvious and shocking. I still don't miss the fact that I don't draw unwanted attention from men in blue uniforms or get detained and questioned for existing while not being Japanese.
Posted by Orchid64 at 8:00 AM