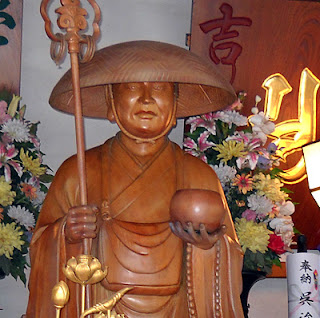 Is that a begging bowl or are you just happy to see me?

In the imaginations of most foreigners in Japan, Japanese people are paragons of civic virtue and foreigners are vile tax dodgers who whine and complain about paying their city taxes, health insurance, and contributing to the pension system. The truth is that most Japanese people do pay their legally-mandated expenses, but only because there is a system in place for salaried employees which leaves them no other choice. The other types of employees, the growing legions of "temporary workers" and the self-employed skip out on as many of these government obligations as possible. In fact, the government even knows they are not paying and shrugs its shoulders and walks away. Numerous Japanese people have told my husband and I that they don't pay their pension fees and when a government worker shows up at the door to collect, they simply say they don't have any money and the worker gives up and goes away.

I won't miss this oft-repeated myth of the perfectly dutiful Japanese citizen in the face of the (more human) reality.
Posted by Orchid64 at 8:00 AM