Will Miss #512 - easy and safe picture-taking 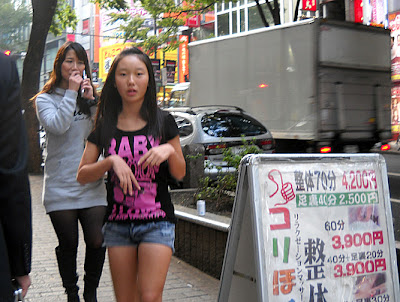 One of the things I loved to do in Japan and would love to continue to do in the U.S. is take random pictures that include people or are of people dressing strangely or doing odd things. In Japan, being a foreigner pretty much gave you a free pass when it came to pointing a camera at someone (or in their general direction). In the U.S., I'm afraid of being confronted angrily by people who think I'm trying to capture their moment or mock them so I have to be extremely circumspect or simply give up on the opportunity. Even taking pictures of property in which people are not present can feel risky as you never know when some paranoid person is going to conclude that you're casing their property for some sort of crime.

In Japan, by virtue of not looking Japanese, people assumed I took pictures because I was a tourist or was overly curious about the differences in our cultures. They didn't assume I was making fun of them or trying to get data to carry out an elaborate heist. I miss the ease and safety of taking pictures in Japan.
Posted by Orchid64 at 8:00 AM