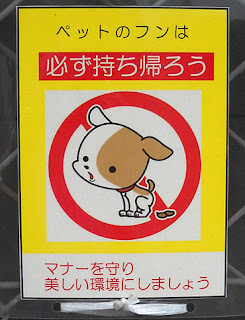 At the risk of inviting comments about fat American asses (any such comments won't survive the moderator, just a word of warning), I have to say that the toilet seats in Japan were generally thin plastic affairs which tended to crack over time. This happened not only to the seat we used in my apartment, but also to the ones that were used by the offices that I worked in. This happened because, over time, the stress points where the seat connected to the back of the toilet fractured over time (like metal fatigue, only with plastic).

Beyond the fact that the toilet seats are thin and flimsy, a complaint that I've actually read other non-Japanese buyers of early models of Japanese washlets make, the way in which they are attached makes them harder to remove. I only replaced the seat in our apartment once in 23 years, but the main reason that an easy removal method is helpful is for easier cleaning. In the U.S., you flip a couple of little plastic things and off it comes. In Japan, I had to reach under and unscrew a couple of plastic screws. I think they were not meant to be taken off for cleaning in general since I also saw T.V. shows that instructed women on how to clean the back of the toilet using a toothbrush for maximum cleanliness.

Maybe I just had bad experiences in Japan and good ones here, but after having the capacity to easily remove the seat and clean it as well as experience much better construction, I don't miss the types of toilet seats I tended to come across in Japan.
Posted by Orchid64 at 8:00 AM