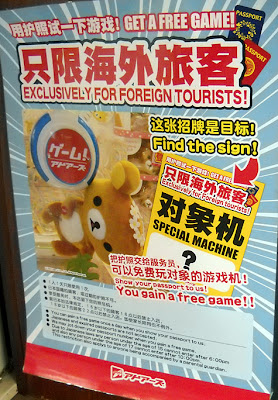 Note: This is somewhat of a continuation of my two previous posts (here and here), though it is not necessary to have read them to follow this.

It has often been said that people get the government they deserve. I believe this is true. I also believe that, in the 80's in Japan, language schools got the types of teachers they deserved based on how they hired them and how they were treated. If a company concerned itself with the possible quality of instruction, experience, and personality of each teacher, it was going to get a better employee than one that cared only about how your paperwork could be processed at immigration, your age, and your physical appearance. Nova ICI, one of the biggest conversation schools in Japan for quite a long period of time, cared only about the latter in 1989, and the types of teachers it tended to attract reflected those priorities.

In terms of how Nova dealt with instructors, the superficial aspects looked pretty good. They promised steady hours and steady pay. A new teacher was to work 35 hours for 250,000 yen ($1,953 in 1989) up until their probation ended (3 months) and then their salary would increase to 290,000 yen ($2265 in 1989). That sounds all well and good, but after I started working at Nova, the rumors of how things really worked started to fly.

One of the things that tended to happen at Nova was that they would permit some people who did not have a qualifying Bachelor's degree (which you must have to get a proper working visa) to work on their tourist visas when they got desperate for bums in seats. This explains to some extent the economics of the probationary pay. A tourist visa lasted 3 months so anyone who was doing a temporary gig would get the reduced pay and then walk away before the higher rate could kick in.

If they wanted to take their chances, they would hop a boat to Korea or fly outside of Japan for a spell then come back for a fresh tourist visa and spend another three months. This worked for some, and not so well for most as the immigration folks at the airport could smell someone who was coming back to work on a shiny new tourist visa. Well, they couldn't so much smell it as work out that anyone who remained up until the cusp of their visa expiring and then left for a brief time was likely coming back to work illegally.

At any rate, the most pernicious rumor at Nova regarding teachers was that they would cheat you if you gave proper notice. That is if you said you were going in a month, they'd withhold and keep 2 weeks salary and not pay you what you were due. I don't know if this was true, but it was widely believed and teachers were constantly bugging out without notice based on this belief. If you bugged out at just the right moment, the most you could be cheated out of was a few days of pay. If you did the right thing, you would lose a great deal more.

In my school, we had two British folks who were working on tourist visas. One bugged out without notice when his three months were up. I remember the manager coming up to me and asking me if he was ever coming back and feeling uncomfortable admitting that I knew he was not. The other teacher had a craftier way of getting around the lack of a Bachelor's degree. She had worked at a professional printer back home in England and she flew back to make her own false document. For her, this worked, but I know other folks who tried this and failed. I guess the mail order ones didn't work as well as one that you custom-made with your own two hands. This fake served my former coworker well as she continued to work at various jobs in Japan on that fake diploma.

Nova was aware of and actually condoned the acquisition of such fake documentation at that time. My guess is that the current version of that company, which is ran by different management and likely has had its shady practices completely cleaned up, does not in any way support this. How do I know that they supported this in the distant past? There was a very popular Australian teacher who lacked a degree. He was very popular with the lower level students because he was a gas bag who could talk his way through the entire lesson without placing much in the way of demands on the students. He taught there for 6 months on a working holiday visa, a visa which allows people from certain countries to legally work in Japan, and it was coming to an end. Nova management wanted him to stay, so they encouraged him to go procure the false diploma to allow him to be sponsored. They even pointed him toward Hong Kong, which apparently was a good place to get a fake degree back in those days.

You might think that Nova's sloppy hiring practices and skirting the law in order to hire teachers is no big deal. So what if they don't ask about your teaching skills, experience or techniques? So what if they encourage people to buy diplomas to get around a requirement to have a Bachelor's degree? If you believe as many people do that foreigners who work in English conversation schools are little more than monkeys who are there to amuse bored housewives, school kids, and indifferent businessmen who are forced to study English, then none of that matters. A monkey with a diploma is little different than the chimp without one. They can all dance for the natives, right? Well... no.

I'm not going to try and convince you of the idea that a person who completes a college degree is somehow a different type of employee than one who does not. You're either going to buy that (most likely if you have a degree) or not (most likely if you don't). I can tell you that I spotted the liars who never finished a university degree long before they confessed or got caught. There is a difference, and it's not even about how intelligent they are, but that's not what I'm leading up to. What I'm leading up to is the fact that Nova's attitude toward teachers resulted in worse than monkeys with fake credentials.

This is a story I have told before, in a blog a long time ago and far away, but it belongs in this post so I'll tell it again. One day my British coworkers (the one who printed her own degree) and I were walking down the street in Ikebukuro. We reached a light and as we waited, a tall foreign man who seemed to be in his 30's or 40's approached us and stood with us. He started talking to us about how the Japanese hated foreigners and felt we were beneath them. He said they were like Nazis and had contempt for all of us. I knew from the look in his eye and the way he spoke that he was mentally ill. I'd worked and lived with people with an array of serious mental disorders, including schizophrenia, for two years and I know what that disease looks and sounds like. My friend was taken aback and simply responded to his rant by saying, "well, it's their country." The light changed and we walked on our merry way.

Two weeks later, I came into work at Nova and this man was there gathering up student files. They had hired him as a teacher. I was shocked, to say the least, and I felt that, given his opinions of the Japanese as he professed on the street, it would be bad to put him in a classroom with students. I went to the manager and told her that I strongly suspected that he was mentally ill and I told her the types of things he had told my coworker and me. She nodded and said, "mmm," and thanked me and did absolutely nothing. This was a good example of the type of thinking I came to expect in Japan. That is, they would worry about crossing that rickety old bridge only after it had collapsed and killed anyone walking across it. It didn't matter if an engineer guaranteed that it was going to go and go soon, they'd simply ignore it until it could no longer be ignored.

Within the coming weeks, this man's mental illness started to manifest. He didn't bath and started to stink. During the lessons, he told students that his dead father was in the cubicle with him and was speaking to him during the class. He became increasingly erratic and sometimes shouted at students in the class. The students, being passive and not wanting to embarrass anyone, tolerated this for a little while, but even they couldn't bear it for long. The Japanese are patient people, but no one can stand being in a tiny little room with a smelly, mentally ill person for long and "gaman" (endure), particularly when they are paying for the indignity of it all. After about a month, Nova finally sacked this man who should never have been hired in the first place.

The reason this guy got hired was that Nova didn't care about who he was or what he was going to do in a class. They looked at his visa and determined they could legally get his ass into a seat. The potential damage of their hiring practices went beyond simply putting unqualified monkeys into seats or even losing business. Given his delusions about the Japanese hating on foreigners and judging them, it's hard to know what he could have been capable of. As it was, he was capable of verbally abusing the students and making them very upset by sharing his hallucinations in the class. It could have been very much worse and the attitude at Nova toward hiring foreigners was entirely to blame.
Posted by Orchid64 at 8:00 AM