Will Miss #515 - reliability of utilities 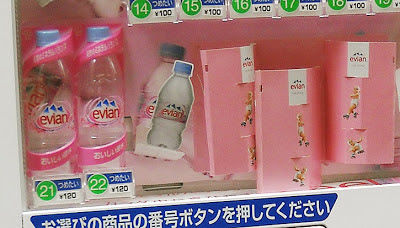 I've lived in my apartment in California for only 6 months, and have already experienced one utility-based problem. The water was shut off for a period of two hours to do some sort of maintenance. I was given a 24-hour notice of this fact 19 hours before the shut-off occurred and it was actually off for closer to 2 1/2 hours. This isn't such a big deal except for the fact that when the water did return, it came out sputtering and brown. It took a lot of allowing it to run and nearly two hours of time before it cleared up, and even then I wasn't sure that it was safe to drink.

It has been my experience both from my upbringing and my short return that things like power outages and utility interruptions are far more common in the U.S. than in Japan. Part of the issue is that the lines often cover more space and are underground due to the widespread nature of homes and services. Another, in my opinion, is that Americans are less diligent about maintaining such things. In Japan, the utilities companies react relatively quickly to small problems, and, on the rare occasion that there is a disruption, you are smartly informed both of the moment it goes off and the moment it goes back on.

In 23 years of living in Tokyo, power flickered briefly a couple of times, but never went off for any length of time and water was only ever stopped when I had a question about the cost of my bill and they needed to check for leaks. The utilities there were incredibly reliable and I miss that.
Posted by Orchid64 at 8:00 AM