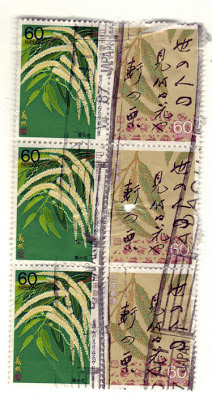 All of the memories I have written about so far in this series relate to time spent in Japan, but the truth is that my relationship with it began shortly after it began with my boyfriend. A lot of the things that I use to talk about my memories pre-date my ever having set foot on Japanese soil. They are the souvenirs of things that he sent me as part of our correspondence and I learned a lot about Japan through him.

During those early days, the information I received was taken with a spoonful of sweet sugar, but the strange-tasting pill of ethnocentrism. Sometimes it was sweet, sometimes bitter, and, much of the time, just weird. We didn't understand why things operated as they did nor could we see the value in some of those differences at that time. We only knew that the rules were different for inexplicable reasons.

In the early days of my friendship with my pen pal (and future boyfriend and now husband of nearly 25 years now), he would send me packages from California with comics from the newspaper that he enjoyed taped to the back. In particular, he liked to send Bloom County and Doonesbury for their acerbic humor and social commentary. It also did something toward dressing up the bland brown wrappers that a person who had a lot of pen pals (and I had a lot, 19 at one point in my life) received. It put personality on the outside as well as the inside. 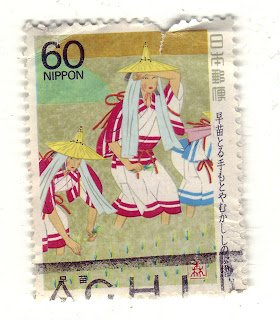 After going to Japan, my boyfriend learned that one was not allowed to paste comics on the outside of international packages. For reasons he never learned, this was forbidden. I'm not sure if this restriction still applies in this day and age or if it applied to domestic mail, but it was curious. I do know that I sent Christmas cards and letters from Japan with festive or cute stickers on them without any sort of trouble from the postal service, so it may be something about how packages were handled. Since parcels, can and sometimes are, opened by customs inspectors, they may not have wanted to hear any complaints about mutilations of designs or decorations on packages or they may not have wanted to have to cut through them. 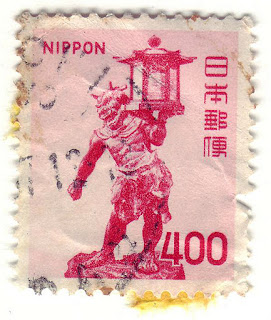 Customs inspectors generally did not open the parcels that we sent each other, but when they did, they were very much slowed down. While I'm pleased to say that they never lost a single package, card or letter among the hundreds we exchanged (yes, hundreds - I sent him mail 4-7 times a week over 11 months), I can say that they sometimes messed up and sent things by seamail instead of airmail and airmail instead of seamail (which was awesome as it was fast and cheap). I think one reason that they rarely opened up packages to check them was that we usually used what is called "small packet" rate. This was cheaper and had a relatively low weight restriction (up to 2 kg./4.4 lbs.) so we used it all of the time. I guess they think that anyone smuggling contraband goods in and out of Japan needs more than a couple of kilos, so they wouldn't bother to open them. Parcel post, on the other hand, frequently got snagged and held back for inspection.

As is often the case these days, most parcels were sent using a postage meter instead of stamps. The stamps you see here are rare ones from the time we were exchanging correspondence from 1987-88. I cut them off and kept them because he usually went the metered route or used the same stamp design again and again (the one above this paragraph) because they were what he was sold when he went to the post office and didn't specifically ask for special stamps. Also, most of the "pretty" stamps were designed for domestic mail and he'd have to paper too much of the front of a package to get enough total to send a parcel abroad. 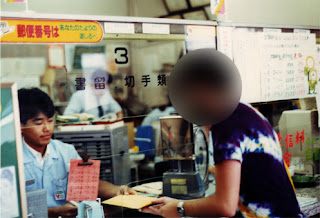 This picture was taken in 1987 shortly after my boyfriend went to Japan. Here he is sending me a parcel at the Kitasenju post office, so I could see what he was doing early and often for my benefit.
(Sorry for the censorship, but my husband's adorable visage, even an outdated one, cannot be revealed.)

Sometimes I think back on those days and remember just how important understanding all of the ins and outs of the postal service was for us and how hard it was for my boyfriend to negotiate them. I also think back on that time as a time when Japan was the same thing to me that it is to most people, a faraway place from which I got correspondence with interesting stamps and that I never expected to go to. Twenty-two-year-old me would never have believed that her future would include living there for 23 years. Life does take you places that you'd never expect to go.
Posted by Orchid64 at 8:00 AM