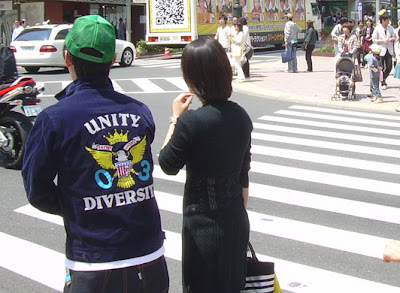 Back in the 80's when Japanese businesses were scooping up high profile real estate in the U.S. and the Japanese were calling Americans lazy and stupid, many books were written about Japanese business style and how it accomplished such great economic success. At that time, people talked about how Japanese made decisions by consensus and how getting everyone on board played a part in making things work. Now, Japan has been served some humble pie and the "economic miracle" was really just a bubble that burst two decades ago, but the Japanese still practice this same consensus. The thing is that it's not really a consensus at all. It is everyone agreeing with the boss whether they agree or not. In fact, if you hold out because you think a choice is really bad, pressure will simply be exerted on you to go along to get along and a meeting will drag on for hours until the resolve of the last man is worn down and he gives in. The main point of this type of "consensus" is not to make the best decisions and to have everyone behind them, but to make sure responsibility for failure can be evenly portioned out to every single person who was a  party to the "decisions" rather than the (usually high status) individual who was actually responsible.

I won't miss this consensus that's not actually a consensus in business.
Posted by Orchid64 at 12:15 AM