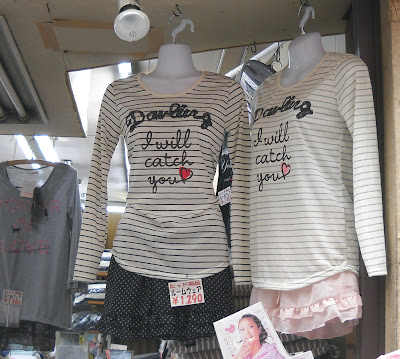 One of my students is a lovely older lady who is friendly, fun to talk to, and frequently gives me gifts. She's a delightful person who makes mundane stories sound interesting and makes an effort to carry on a conversation, unlike some students who sit there like a lump and expect the teacher to interrogate them into improving their English while they grudgingly utter short replies. She's a very nice person and I like her a lot, but she also acts toward me with prejudice (as in "preconceived notion"). She tells me she wants to be my friend, because I am a foreigner. Now, to frame this in a way which others can more readily empathize with, I suggest you imagine a white person telling a black person that she wants to be friends because the other person is black. Benign prejudice is rampant in Japan, and most foreigners dismiss it by saying "no harm, no foul", but it underscores and supports malignant prejudice by perpetuating the notions about outsiders which prop up the latter. That is, that foreigners can be known merely by their foreignness, and that their nature can be prejudged, categorized, and understood based on a set of (often) erroneous assumptions. Sometimes those assumptions create a situation in which people reject you out of hand, and sometimes it makes them like you for no reason.

I won't miss benevolent prejudice because it makes it much harder to be friends with people I feel friendly toward because I know they value me for reasons that have nothing to do with me as an individual (and often for reasons that are purely imaginary).
Posted by Orchid64 at 8:00 AM