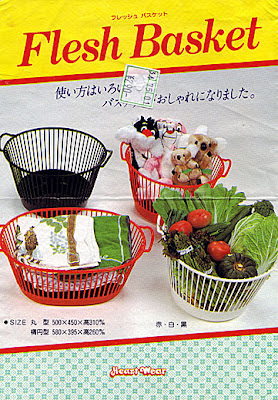 The filter through which we interpret things changes as time goes by. One of the reasons that older folks tell us snot-nosed kids that we'll learn one day is that they remember when they were just as naive as we were and thought they knew it all and now realize they knew far less than they thought. One of the reasons that I lost patience with people who were newbies in Japan was that they resisted the notion that their perspective, while absolutely valid and understandable, was viewed through a filter with very limited capabilities to interpret their experiences. Of course, the only thing worse than a noob was a jaded vet. Clearly, no one can win with me. ;-)

When I look back on my old memory albums, I have a sense of almost missing how I interpreted the things I saw at that time. There is something appealing about being baffled, amused, or misunderstanding something based on ones naivete. Life related to Japan was more fun before I understood so many things. I guess that's why it is great to be a child much of the time and sometimes so depressing and mundane being an adult. Experience brings wisdom and knowledge, but it also takes away some of the magic, whimsy, and fun that come along with blissful ignorance.

One of the things that I did not know when I was first sent this flyer was that the reason it was called a "flesh basket" was because there is no way for Japanese people to determine whether a letter is an "l" or an "r" when reading from Japanese (katakana) to English. That's because the l/r sounds as we conceptualize them don't exist in Japanese. It's a somewhat different sound that falls a bit between them.Thinking of this as a basket designed to fill with skin was a lot funnier than knowing that it's a problem with translation. Of course, even calling it a "fresh basket" would be a bit goofy, but not nearly as strange as thinking the guy making the dress in "Silence of the Lambs" would have one of these around for his material gathering.
Posted by Orchid64 at 8:00 AM