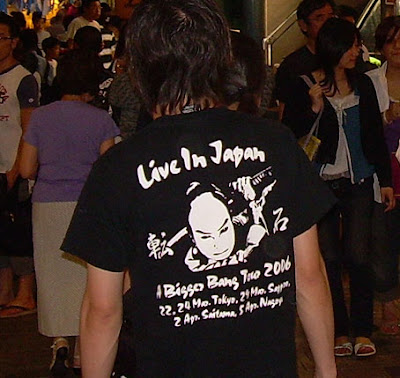 One of the things Japanophiles like to say to you if you are mistreated in Japan is that "it is their country." Essentially, they are telling you that the Japanese have every right to treat you like crap if they like because it is their country, not yours. This attitude is puzzling because it is rarely (if ever) used to justify mistreatment or prejudice against minorities or immigrants in Western countries. If a Japanese person is denied a chance to rent an apartment in the U.S. because he is Japanese, people are not going to say, "it's their country and they can deny foreigners if they like." They're going to yell about prejudice. This phrase is second to, "if you don't like it, leave" as one of the most irritating things Japanophiles say to anyone who doesn't have unconditional positive regard for life in Japan.

I won't miss hearing "it's their country" as a justification for unfair treatment.
Posted by Orchid64 at 9:48 AM