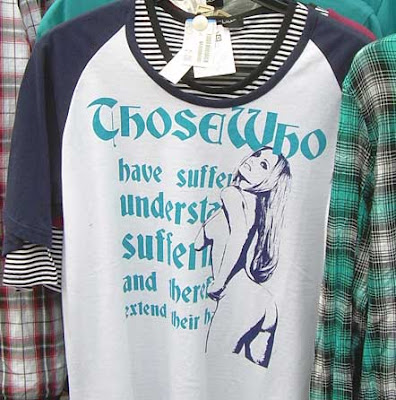 Everyone complains. It's a fact of life that we will be unhappy about some experiences and lament about it to someone. Back home, when your boss screws you over or someone treats you badly, people may empathize, offer constructive solutions, or let you know if your response is too extreme for the situation. In Japan, other foreign people tell you to just leave if you don't like it. I don't know if Japan is too sacred to be criticized or if the part of people's brains which realizes walking away from the problems you encounter is not so simple switches off when they set foot on this island, but many don't want to hear a complaint about life in Japan. To their credit, Japanese people don't say this to me because they would complain about the same issues (and do).

I won't miss this snotty, simplistic response to complaints that some foreigners offer.
Posted by Orchid64 at 12:15 AM