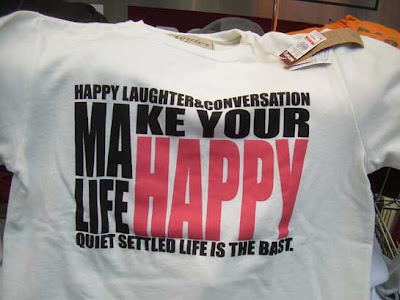 Most foreign folks in Japan focus on the part where you will never fit in or be accepted because you cannot assimilate. This does have a lot of negative effects, but there is also a very positive side to being in Japan, but not of the culture. In fact, I wouldn't want to be in Japan if I had to live any other way. It's a little hard to explain because it covers so much cultural territory, but foreign folks get to enjoy many of the best aspects of Japanese culture while not being obliged to fall in line with some of the most troublesome parts. For instance, we aren't expected to perform all of the obligatory activities that the Japanese are expected to take part in from drinking parties to seasonal gift-giving to attending weddings and funerals (which can be costly). While it does help to occasionally take part in such things, we are excused for saying "no" whereas Japanese people are in a much more difficult position as they are expected to adhere to all Japanese cultural expectations and norms.

I will miss having the option to not participate in some of the more onerous aspects of Japanese society while still being able to be a grateful recipient of some of the best parts.
Posted by Orchid64 at 12:15 AM