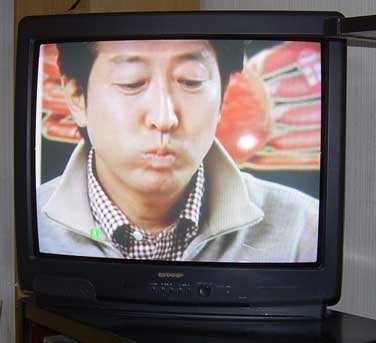 There are a lot of food programs and commercials on Japanese T.V. and most of the time the people who sample the food seem to think they have to eat as much in one bite as they can cram into their faces. More often than not when I see food being eaten on T.V., people look like chipmunks with gigantic nuts stored in their cheeks and labor to chew and continue to speak at the same time. I don't know why people feel they have to take enormous bites at once then struggle to masticate, but it appears to be endemic among people who eat for the television camera.

I won't miss watching people bite off more than they can reasonably chew.
Posted by Orchid64 at 12:15 AM