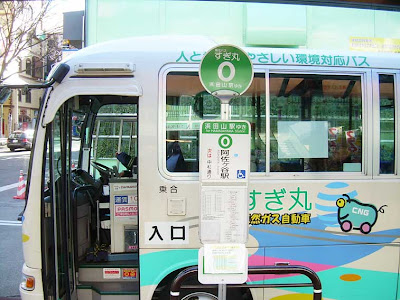 Buses are used far less in Tokyo than trains because of the traffic. It will usually take longer to get there by bus than subway or train, unless you're lucky about where the bus lines run. That being said, I have taken buses a fair amount in Japan and find them to be impeccably clean, safe, and modern. They're especially good as an alternative to the crowds you have to put up with when using train and subway services since they are used less often than these other forms of public transport.

I'll miss these well-maintained, secure, and often fairly empty forms of public transport.
Posted by Orchid64 at 12:15 AM