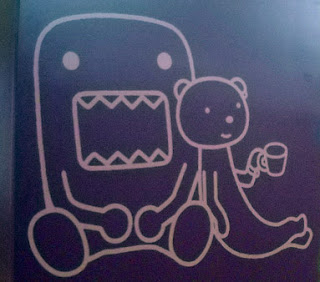 Some qualities of an experience are so subtle and hard to describe that language, no matter how precise, will mislead the reader. I've found this to be the case many times while writing this blog, especially when it comes to titles. Brevity is a virtue, and I think many writers would do well to say less than they do, but it also increases the chance that one will be misunderstood. This topic is one of those in which I am walking a thin tightrope between conveying something that undermines the manner in which Americans are neighborly and overestimates the way in which Japanese are.

In both Japan and the U.S., I have lived/am living in an apartment complex. That means that people who live in the building will occasionally pass by me. In Japan, with rare exceptions, most people would give a friendly greeting when we walked by or respond in kind when we offered a greeting first. This was in no way an indication of friendship, but a perfunctory act of civility. The fact that people always responded to "ohayo gozaimasu" (good morning) with a similar reply carried a certain feeling of balance and comfort.

In the U.S., my experience has been greatly less uniform in this regard. A handful of people are friendly and reply in kind, but some seem actually irritated or taken aback when I say, "good afternoon" to them. The sense I get is that, though we occupy the same apartment complex, they feel burdened by having to interact with me in a minimal fashion. They would rather we walked past one another with downcast eyes as if we were random strangers passing on a street. The inconsistency of response makes you feel some stress when you greet people, and lowers the chance that you'll do it at all which in turn creates a colder atmosphere in general.

I don't think it's asking too much that people who see each other around the same little patch of land on a regular basis exchange a few words in greeting, and certainly it seemed in Japan for the most part that they subscribed to this belief as well. I miss the way in which social propriety carried a sense of being neighborly.
Posted by Orchid64 at 8:00 AM