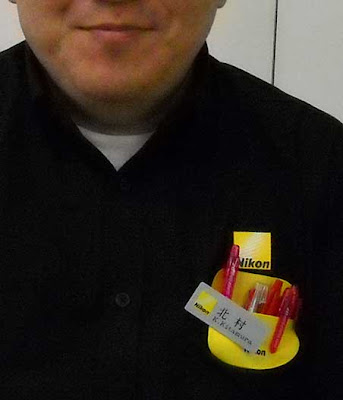 My husband and I bought a Nikon camera from Amazon in the U.S. (because it's cheaper than Japan) and had it shipped to his parents in California. My husband picked it up when he visited them. Shortly after getting back to Japan, the camera broke and we were able to take it directly to a Nikon service center about 10 minutes from us by subway. And we got to repeat that about a week later when it broke again. :-p One of the great things about living in Japan is that the service centers are often easy to access, particularly in major cities. You don't have to ship your broken electronics items off by post (at your expense) and get them back months later. You can drop them off, talk to someone who sees you as a customer rather than a name on a box with a broken item, and get your repaired item back in a week or so.

I'll miss having this fast access to the manufacturers and service centers for electronic items.
Posted by Orchid64 at 12:15 AM